Spotlight: It is simply Ciarán - poet and author 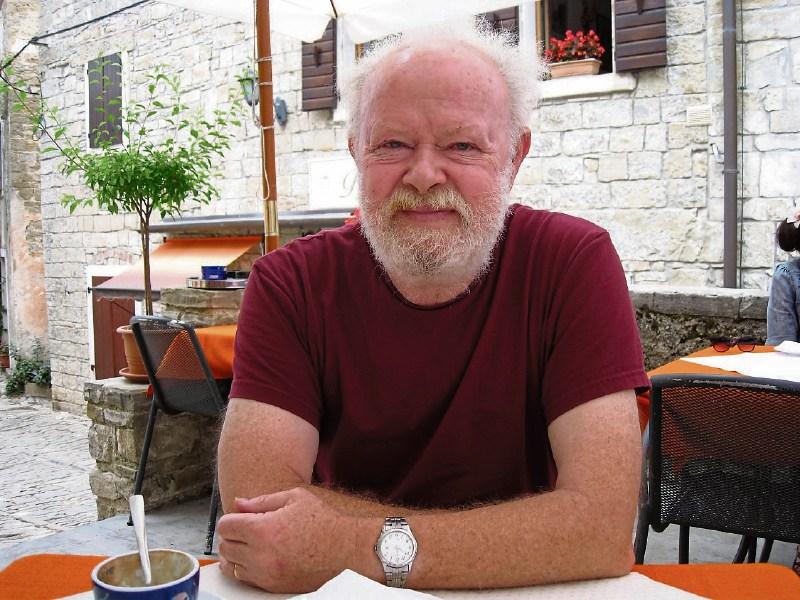 When I was a teenager I spent several months on a farm near the village of Kilmoganny Co. Kilkenny, situated just five miles from the nearest town, Callan. During that time I became aware of some interesting things about Callan. First, Thomas Kilroy, playwright and novelist was born and schooled there. Second, it was the birthplace of the Roman Catholic missionary and pedagogue, Edmund Ignatius Rice (1762-1844) who established two religious orders – the Congregation of Christian Brothers and the Presentation Brothers.

Third, the writer John Locke (1847-1889), poet, novelist and Fenian activist also hailed from Callan. An early school textbook contained a poem by Locke called ‘The Exile’s Return’ and part of the first stanza is as follows:

With all the pent-up love of my heart

I bid you the top of the morning!

Perhaps that is where the phrase ‘top of the morning’ comes from? When former US President Ronald Reagan visited Ireland in 1984, he quoted the first verse to shouts of acclamation and rousing applause.

Fourth, the architect James Hoban (1755-1831) designed and built the home of American presidents, the White House, in Washington, D.C. which is a matter of great pride, tarnished by the fact that he was a slave owner!

At least three slaves were employed as carpenters in the construction of the White House. Their names are recorded as ‘Ben’, ‘Daniel’ and ‘Peter’ and appear in a James Hoban slave ‘payroll’.

What has this to do with Ciarán O’Driscoll? I know that Ciarán would want to distance himself from injustice and this is evident in his writing. You have probably guessed by now that he too was born (1943) in Callan. However, he is one of Limerick’s adopted sons! He has lived in Limerick since 1986 and he is a member of Aosdána, the Irish association of artists created in 1981 on the initiative of a group of writers with support from the Arts Council of Ireland. Membership, which is by invitation from current members, is limited to 250 individuals.

Among other writings, O’Driscoll has published nine books of poetry, a memoir and a novel. His books of poetry include Gog and Magog (1987), Moving On, Still There (2001), and Surreal Man (2006). His work has been translated into many languages. Vecchie Donne di Magione (The Old Women of Magione) was published in 2006 and Selected Poems in Slovene translation in 2013. Ciarán’s work has also featured in special Irish issues of important European literary journals such as Die Horen and La Traductiere. Liverpool University Press published his childhood memoir, A Runner Among Falling Leaves (2001). His novel, A Year’s Midnight, was published by Pighog Press (2012). His awards include the James Joyce Prize and the Patrick and Katherine Kavanagh Fellowship in Poetry. His poem ‘Please Hold’ (featured in Forward’s anthology ‘Poems of the Decade’) has become a set text for A Level English Literature.

More recently, Ciaran published a poetry chapbook, The Speaking Trees, with SurVision Books (2018), and a selection of his work was also included in Seeds of Gravity: An Anthology of Contemporary Surrealist Poetry from Ireland, Edited by Anatoly Kudryavitsky (SurVision Books, 2020). In his Introduction to this anthology, Kudryavitsky wrote: “O’Driscoll, whose work has been popular among the Irish readers of poetry ever since the 1980s, is the link between the two surrealist groupings of Irish poets. He admired Brian Coffey and Denis Devlin, and he took up where they left off, eventually developing his own, unique style. According to the critic Michael S. Begnal, reviewing O’Driscoll’s The Speaking Trees, ‘His poems often conjure dream-like or visionary states... His language is clear and deliberate but describes a bizarre or surreal subject matter.’

Ciarán says “My head is full of poem-quotes as I had a phenomenal verbal memory in my youth. Lines from poems still come into my head with a sense of enchantment.” But his interest is not strictly limited to poetry. He likes traditional Irish music, opera, and watching rugby, “Especially the Munster team” says Ciarán. The Romantic poet, William Wordsworth wrote, “Poetry is the spontaneous overflow of powerful feelings: it takes its origin from emotion recollected in tranquillity.” O’Driscoll says, “It is this kind of retrospective view that is often the thing that sets me writing.”

One superb collection of Ciarán’s poems is Life Monitor (2009). The poems range from reflections on the poet’s progress through life to expressions of filial feeling, to energetic tirades against injustice and bureaucratic absurdity, to quieter moments of natural and social observation. Humour is never far away in these pages, but it would be a mistake to miss the deeper intent.

Life Monitor is an expanded version of O’Driscoll’s well-known chapbook Surreal Man, bringing together the much-published ‘Magritte’, ‘The Lost Jockey’, ‘A Gift for the President’ and other surrealist pieces with a generous addition of newer poems broadening the scope of the book. In the poem which gives the book its name, the poet visits his thirteen-year-old son’s bedroom at night to check his breathing, and realises that this is a habit which has persisted since the boy’s infancy.

Poetry is also a kind of monitor – of the poet himself and the world to which he belongs; a screen on which lines appear that indicate the extent of good or ill. This collection assembles the work of a decade, in which O’Driscoll has continued to monitor life as presented in its various epiphanies of well-being or malaise. The subjects range from the poet’s own maturing state, to the obsequious bestowal of a bowl of shamrock on ‘a bellicose American president’, to a message of comfort from speaking trees; the moods from a wry regret at domesticity’s woes, a grieving for estrangement, a tirade against robotic voices on the phone and celebrations of love.

Eamonn Grennan in his review of Life Monitor in The Irish Times (26 June, 2010) said that it is “the work of a poet in confident possession and exercise of his craft. [His] poems do what good poems should do, widening and deepening the world for the rest of us.” A review by Val Nolan in Southbound online literary journal, 2009 states, “O’Driscoll captures… moments of idyllic beauty, those we are inclined to overlook in hectic days of finances and tailbacks. ‘We have troubles, say the trees, but we don’t worry’.”

A Runner Among Falling Leaves

Critics have been effusive in their praise of O’Driscoll’s memoir, A Runner Among Falling Leaves. Gerald Dawe in The Irish Times said “O’Driscoll’s book is an important document: well written, brisk…it makes cool, frank and poetic observations of the intersection between personal desire and cultural possibility. At a time when we risk losing the run of ourselves in the forever ‘new’ Ireland of today, this brave, honest book should not be missed.”

Pearse Hutchinson wrote in the The RTE Guide “Ciaran O'Driscoll is a poet of the first order. This book makes it clear that he is also a consummate writer of prose. This memoir reveals much suffering as well as unusual integrity, with humour and youth in it in spite of everything, and a hard-won resolution at the end. It is an extraordinary feat. Read it.” Darragh McManus wrote of the memoir in The Irish Examiner, “A wonderfully evocative exploration of personal childhood traumas and their adult resonance…a rarity in the field.”

Thomas Kilroy, playwright and author of The Big Chapel also wrote in praise of Ciarán’s memoir, “I grew up in the town of this memoir. It all comes back to me through O’Driscoll’s poetic eye, the back row of Egan’s cinema, the stink and sweat of Fair Days, the schoolboy jingles, the girls swimming in the King’s River. But at the heart of the book is a deeply affecting, traumatic relationship between father and son. Here the writing is terrifying and like no other memoir I have read.”