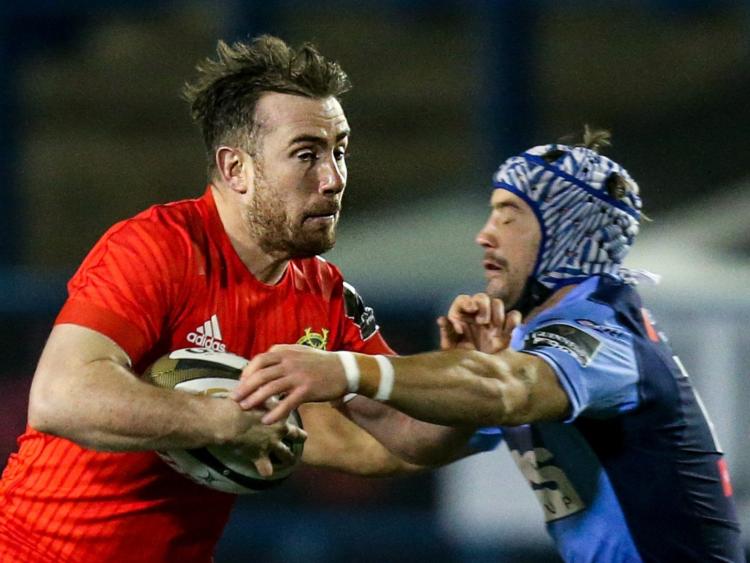 MUNSTER can book their place in the final of the Guinness PRO14 for the first time since 2017 with victory over Connacht at Thomond Park this Friday, 7.35pm.

Conference B leaders Munster enjoy a nine-point advantage over second-placed Connacht with thre games to go in the regular season.

The winners of Conference A and Conference B will advance directly to the Guinness PRO14 final this season.

Munster took another step towards securing a first Guinness PRO14 final appearance in four years when defeating Cardiff Blues 20-11 at the Arms Park on Friday night.

The win over the Blues saw a welcome return to action for out-half Joey Carbery who was introduced as a 65th minute replacement. It was Carbery's first appearance for Munster since January 2020 due to an ankle injury.

Munster head coach Johann van Graan said: “I am glad Joey enjoyed it. He took a big hit right at the start which kinda welcomed him back to rugby, but it was really nice to see him nail that conversion from the touchline.”