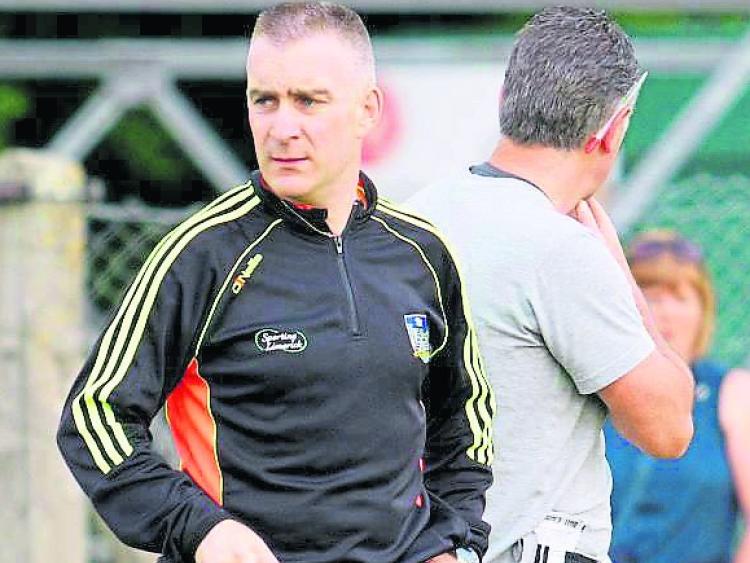 THERE is certainly a new-look to Limerick camogie for 2021.

Firstly at officer level in the County Board and now fresh faces to the flagship inter-county senior team.

Knockainey native Pat Ryan was appointed as a new manager at the January County Board meeting.

Continuing the theme of fresh starts, Ryan insists that he is approaching 2021 with a “blank canvass”.

After a number of years of incremental progress, 2020 was a set back. Limerick reached the 2019 All-Ireland quarter final against Tipperary - a first time in the knockout stages for 15 years. But nine players that saw action in that Thurles quarter final defeat were not involved last year for varying reasons.

Pat Ryan is to manage the Limerick senior and junior teams.

“I rang all the girls individually over two days. I felt when I couldn’t meet them I had to give them a call for a good old chat. We are all on WhatsApp now. There is no set senior panel - it’s a blank canvass. I’ll ring every single player with potential in the county. Some of the players’ names I don’t know yet but I got as many as possible and did research off YouTube and got names from the clubs that were sent in and elsewhere,” outlined Ryan.

“It has been very positive from them (players). There are two or three that I still have to close off with and hopefully they will come on board. I have commitment from 65 - that’s two strong squads. You will always lose a few players but likewise I am sure there are a few players within the club scene that I am not aware of it so I have left the door open. I would hold my hand up and say there is no way that I am aware of every single player in the county.”

A former player and manager of his native Knockainey hurlers, Ryan will bring a wealth of experience to the Limerick camogie role.

A bank official, when work took Ryan to Belfast in 2019 he was Antrim senior camogie manager and coach to the Queens University hurlers.

When work took Ryan to Kerry in 2013-2015 he served as manager to senior club side Causeway and was involved with the Kerry minor hurlers that won the 2013 All-Ireland MHC B title.

In Limerick, Ryan has coached and managed at varying levels in his home club and has also held hurling roles with Fedamore, Kilteely-Dromkeen and the County Underage Hurling Academy.

“I left the banking world and am getting up my own Life and Pension business but I won’t be up and running until next September because I have to get a license from the Central Bank so I have a bit of time. I am doing a lot of online Zooms for the business but I have time to devote to the camogie for the next few months and that’s helping me,” he explained.

“​Since I got the job it has been non-stop busy. Any inter-county management role now is just crazy busy. I have been looking at YouTube videos over the last few weeks. I can see the talent that is in Limerick and I feel guilty that I don’t even know these girl’s names. There are some great athletes there,” he said.

“There has been some great people involved in Limerick camogie for the last few years and the work that has gone in is great. Even watching the Kilkenny match on YouTube and even missing all the players I thought they were very competitive, put up a great battle and I didn’t think the scoreline did them justice and Kilkenny won the All-Ireland. There is potential here,” he stressed.

While Level 5 Covid-19 restrictions mean there is no collective training at present, Ryan has one initial goal.

“Make everyone feel honoured to be called in and to get a jersey.”

He explains: “Create a good atmosphere at training and ensure they are all enjoying it. To me look when the Limerick hurlers won the All-Ireland this year and you see in the dressing room afterwards that even no36 was smiling because they all knew that they were part of something special as a group”.

While Ryan accepts he has much to learn about Limerick camogie, he was involved with the Antrim camogie side in 2019.

“I had never dealt with womens sport before but they were a great bunch of girls - we had girls coming an hour and a half from Ballycastle or five hours on a bus from Galway. It was an eye opener for me because it was always hurling that I was involved with to be honest.”

While the camogie competitive season looks set for a March start at the earliest, Ryan and management are not waiting around.

“The two strength and conditioning lads, Colm Skehan and John Blackwell, are doing a bit of work online with a four week programme. A backroom team Zoom call is all that we can do - we haven’t even got us all together as a group. It’s a bit tricky from that point of view but we will push ahead,” said new Limerick camogie manager Pat Ryan.