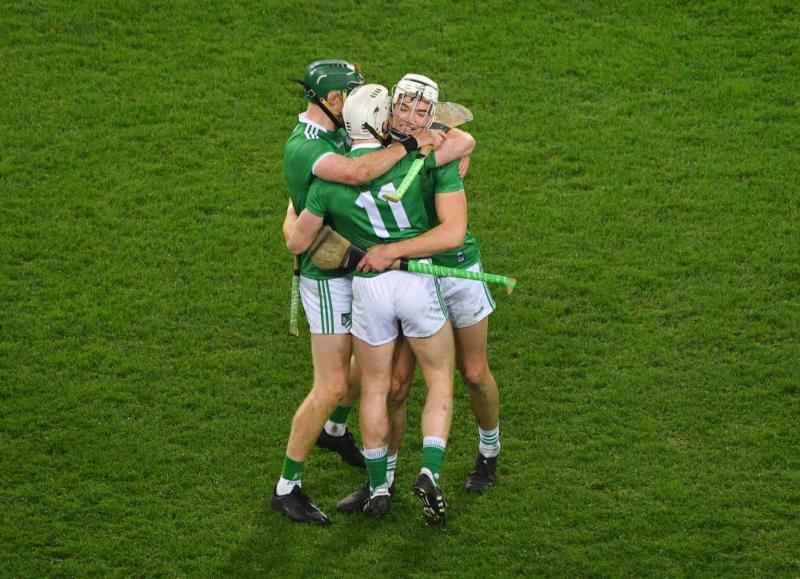 Limerick are back in an All-Ireland final. Those are words you can never hear enough.

It doesn’t happen every year in counties like Limerick, or at least history has told us that, so I hope that everybody enjoys it, and doesn’t take it for granted.

A huge amount of hard work has made this happen and it wouldn’t be possible without so many figures. I was going to start naming names, but I have decided not to. It wouldn’t be fair as I would only leave people out.

The Limerick academy is the envy of every other county, and since that was set up, everything else has followed. It didn’t happen overnight, no, but it didn’t take an age for the ball to get rolling either. The right people were involved, and still are, with the right intention, with no airs or graces.

Every young lad nowadays hopes to be a part of it to ensure their further development in the hope of breaking into the senior panel, when the time is right. The consistency and the results are all coming on the back of players developing through the academy.

The many people who are involved deserve huge credit, and while John Kiely, Paul Kinnerk and the current players will get all the kudos, they know only too well the importance of the work that is being done, and that the supply chain has to keep on producing.

“Limerick were poor against Waterford, they scraped over Galway, they didn’t get any goals against Clare” - All music to my ears. Some media would nearly have you thinking that this Limerick team is on the decline, and do you know what - Long may it last.

What they seem to be missing is something very simple.

Limerick gritted out a serious win against Waterford, showed savage resilience against a top-class Galway team, and are now in an All-Ireland final. As far as I am concerned, that’s as impressive to me as anything else. For long enough, we were losing these games. Yes, they still have areas to work on, and isn’t that great?

They scored 20 points from play, hit 17 wides (I turn that to a positive because it shows they are on top and creating chances), created a number of goal opportunities, turned the Galway goalkeeper and backs numerous times, got nothing off the referee, and they played poorly?

They also faced a dilemma and a tactic which they never faced before. Shane O’ Neill used the same tactic with us (Na Piarsaigh) a number of years ago against Cuala in the 2017 All-Ireland club final, where he basically leaves the sweeper in one of the corner back positions so that rules out any supply down there, and also has the full back marking the full forward from the other shoulder so that if the ball goes to the opposite corner, the full back will get there first.

So, in truth, it is very difficult to deliver the ball to the full forward line when your other two players have drifted out a small bit. And when you look at it, our full forward line only scored 3 points from play and they weren’t really in the game so it did work.

The ace card in the pack for me was Alan Cunningham, Limerick selector, and coach with Shane and Na Piarsaigh in 2017. He would have copped very quickly that he was adapting the same tactic, and I have no doubt gave instruction to work all the ball through our half forward line.

They then went on to score 11 points from play, and that for me was the winning of the game. Interesting stuff and while I can only speculate that, that’s very much what it looked like to me.

Both our full back line, and half back line have been top-class this year. With Mike Casey and Richie out, I have no doubt teams tried to expose us, but keep on trying, because we have that well and truly covered.

Diarmuid, Dec and Kyle have been phenomenal, and have been our launch pad going forward.

Also, I hope people now realise how good and important Nickie Quaid is. He never makes a mistake, and his puckouts, well, you saw the weekend what can happen when they go wrong, and Nickies never do!

The Limerick team will be very interesting the next day and 2 or 3 big calls will have to be made.

One might be forced though, as Aaron Gillane seems to be a serious doubt. I have no idea whether he will be able to play in two weeks time or not, but hurling will come and go, health won’t, and above anything else I want to wish him a speedy recovery and hope that he recovers soon.

For Shane and Galway, with Cathal Mannion and Joe Canning having to go off, and their goalkeeper conceding 5 points from a wave of mistakes, it surely leaves them asking the ‘what if’ questions. All that said, Galway battled to the very end and will feel the game was there to be won and will give them something to build on next year.

Next up is Waterford. Well, to be honest, all year I have been very impressed with them. They play the same as Limerick, the same style, the same work rate, and the same energy, and now they have developed players who have got serious skill to go with all that.

Liam Cahill is a carbon copy of John Kiely, and just as it is in the Limerick camp where Paul Kinnerk plays a crucial role, coach Mikey Beavens plays a pivotal role in the Waterford camp. Everything that I am seeing is so alike in both counties. I believe it is going to be a match for the ages, and next week I will delve into the analysis of it.

The next issue I was going to go on a rant about is how scandalous and detrimental it would be if the full panel and background team aren’t allowed to go to the game, but Twitter has just confirmed to me that now has been passed, so it is great to see common sense prevail!

Last thing - we know the drill don’t we?

Relax, no hype, heads down, leave the players alone and leave them focus.

Don’t think for a second that what supporters did two years ago before the final went unnoticed by the players, it didn’t and it was much appreciated.
So can we all ensure that we give another Man of the Match performance from our end, and that is our bit done then.