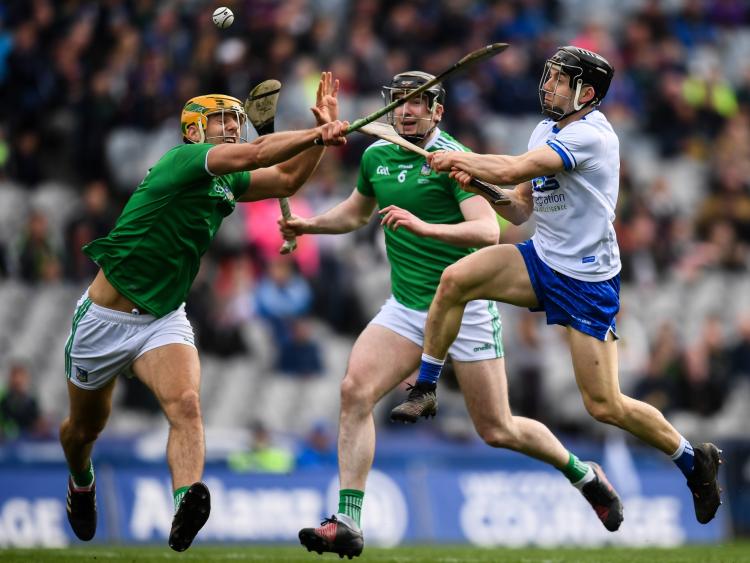 NOT since 1911 have Limerick contested a Munster Senior Hurling Championship Final in the month of November.

That was the first of six times that Limerick have successfully retained the Munster SHC title.

This Sunday afternoon against Waterford, Limerick play just a second ever November Munster SHC final in 133 year of the championship.

And, Declan Hannon is bidding to emulate Tyler Mackey and captain Limerick to successive titles.

Not since 1981 have won back-to-back titles in the province and to do so would see the men in green and white return a 21st title in what will be a 48th final appearance.

This Sunday (4pm) live on RTE Television, Limerick and Waterford meet in the behind closed doors 2020 Munster SHC final in Semple Stadium in Thurles.

Limerick are bidding to return an eighth trophy across the last three seasons – Limerick have an All-Ireland SHC, Munster SHC, two Allianz Leagues, two Munster Leagues and a Fenway Classic won since 2018.

The Limerick team was named on Friday evening - details here

There are no Limerick survivors from the last of three Limerick-Waterford SHC finals in 2007 – Kevin Moran remaining for The Decies.

Sunday is just the fourth time ever Limerick and Waterford final – the Shannonsiders winners when the sides met in the provincial finals of 1933 and ‘34, but men in blue and white winners last time.

A John Kiely managed Limerick senior team have met Waterford in competitive action five times and the men in green and white are yet to suffer defeat – Hannon, Quaid, Mulcahy and Gearoid Hegarty starting all games.

Back on March 7, Limerick were 1-21 to 1-17 winners over Waterford in the final game of the Allianz League before the Covid-19 lockdown.

Limerick have used 21 different players in the championship wins over Clare and Tipperary with injured defensive duo Mike Casey and Richie English the obvious absentees.

Limerick have scored 3-59 in two games with 13 different players on the scoresheet and accounting for 2-42 from open play.

The bookies make Limerick the hot 2-9 favourites to won on Sunday with Waterford available at odds of 4/1.

Victory in this Sunday’s final would power Limerick directly into a Sunday, November 29 All-Ireland SHC semi-final, while defeat would mean a quarter final tie against Clare or Tipperary next weekend, November 21/22.