Billy Lee: 'Limerick football doesn't have too many highs and today is a high' 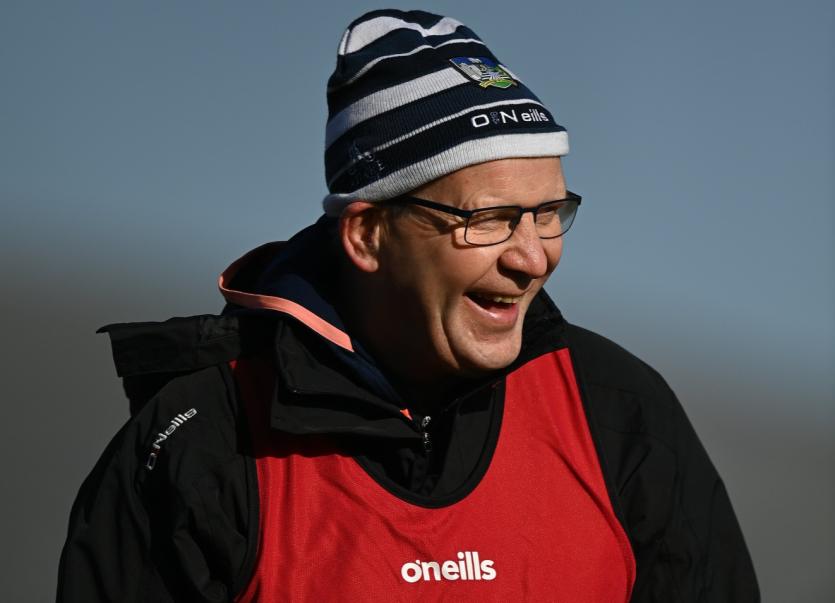 A happy Limerick manager Billy Lee after the Sligo win

LIMERICK football manager Billy Lee has lauded his players for their promotion success in the Allianz Football League.

"Limerick football doesn't have too many highs and today is a high. I think it is important that the lads enjoy this for the next 24-hours in their heads," said Billy Lee after victory in Sligo earned promotion out of Division Four.

Limerick finish with five wins and two defeats to end four years in the basement division.

Limerick will now climb into Division Three next season, where Cavan, Fermanagh, Wicklow and Longford will be among their opponents.

"That was pleasing and certainly hard earned," said Lee.

"I am pleased for everyone but I am really really pleased for the players and the management that I have - fellas likes me are to the forefront but there is so much going on behind the scenes to try and develop ourselves and this squad. I want to thank everyone who is involved in that - there is an amount of them and I am only to the forefront of that."

Lee continued: It's a collection of all of our minds. I am really proud of them and delighted to be associated with them - they are a good level-headed bunch".

"It's fantastic for the players and all the work they have done. And the lads who are not here today - the lads who were not on the matchday squad today and others I think of like Jamie (Lee) and Sean McSweeney, who are away but have done the work over the last few years."

Limerick were 1-9 to 0-4 ahead at half time in Sligo but the home side did battle back in the final quarter.

"We had to dig it out there in the finish - we were six points up and next thing it was just two points in the last few minutes. We did play with a breeze and we had an eight point lead and you needed it. As it turned out five scores would have got us over the line. I genuinely think this game was won by the character of the players - it was the character of the team and the panel and how much they wanted it that got us over the line," outlined the Limerick manager.

Lee was happy with the response from his side after losing to Wexford six days previous.

"Every one who knows me knows that I was very upset, annoyed and frustrated after last Sunday. I just felt we didn't get to the pitch of that first half. It's always difficult to win away games so you have to win home games and we have put a lot of onus on winning home games. It would have done our hearts and minds a lot better if we had put this to bed last week but thankfully we came up here and were able to do it," he said.

"You finish top over seven games but the second half against Antrim and the first half against Wexford nearly undone all the hard work and that just show how competitive sport is - you should never get ahead of yourself and we certainly didn't. You have to keep your feet on the ground because in any division you just don't know how it is going to turn out."

Limerick were relegated down to Division Four in 2016 and Lee was appointed manager that November.

"I was unfortunate enough that the guys were getting that bit older. The talent is there and it's great to see the talent coming to fruition. It's a collection of all of us that brings it to fruition - not just one man or any one management team," said Lee, paying tribute to previous Limerick football managements, including his predecessor John Brudair.

"The work doesn't stop - you have to keep going," stressed Lee, looking ahead to Limerick's Munster SFC quarter final against Waterford on Saturday October 31 in Dungarvan.