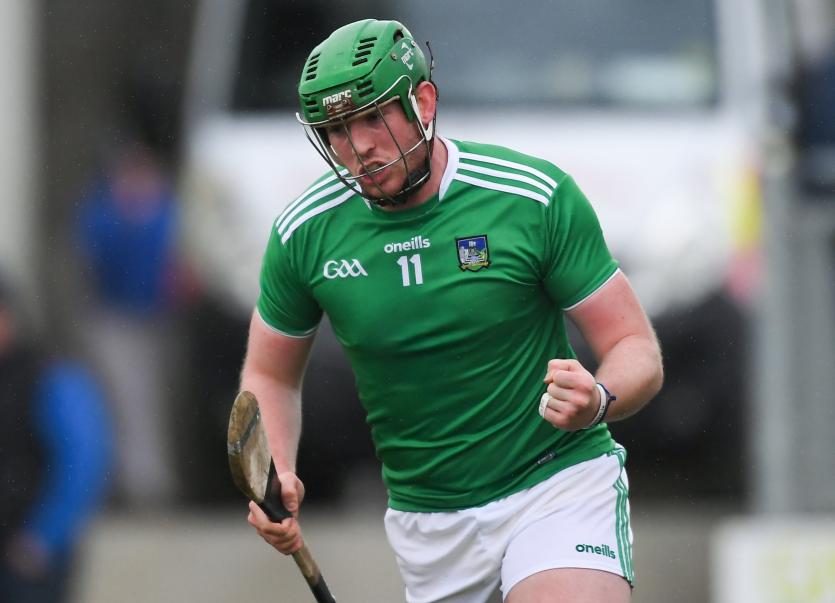 I guess this is my first ever article. What should you expect to read? Well all things hurling really both locally and nationally.

What you will not be reading is hidden agendas, made up stories, egotistical comments, or constant negativity of Limerick Gaa.

That’s not the way I operate. I operate off of facts and figures, and every opinion will be solely my own, and not what the majority might think or what might be popular or unpopular.

I'll be honest in my assessment and comments at all times, so I will start as I mean to go on, honest, and call it as it is.

Many GAA people I know have been turned off reading this paper because of some of the articles that have been written, down through the years, with some negativity towards Limerick GAA.

However, with new people at the helm of the Limerick Leader, who are concentrating on positivity and good news stories, I think it is very important that we support our own.

Call me biased, fine, but Limerick is the most beautiful city in this country, and a city we should be very proud of, and are very proud of.

Over recent years, many projects have been completed that have showcased how beautiful Limerick is. Walk over Shannon bridge, in the midst of the morning sunrise, or as the sun sets on the city, and you will see exactly what I mean.

Now, introduction over. This week of old, would go something along the lines of - gym Monday, train Tuesday, train Friday, and get ready to play championship on Sunday.

In between, ensure to fuel your body with all the right nutritional needs, surround yourself with team-mates and friends, and try not to divulge into too much conversation with people who are outside the ‘bubble’,

Why? - To keep focused on the job in hand and not be listening to chat from the outside world.

I would always call home on a Sunday morning, say hello to my parents, my sister and niece, before leaving the house to the words my dad said to me every time, ‘make sure you enjoy it’, and believe me, enjoy it I did.

This week? - Well of course it is different. I am just like every other Limerick supporter, looking forward to the match at the weekend and hoping that Limerick will kick start exactly where they left off, which brings us to the match this Sunday.

Sunday will be new for everyone, supporters, family, and most important, the Limerick Senior Hurling Panel.

In ‘normal’ times, the Sunday would go like the following.

Meet at a hotel three hours before the game for the pre-match meal.

Have maybe 40 minutes of free time afterwards, or attend the physio’s if required.

Then, John Kiely and Paul Kinnerk would go through the various aspects of the game, game plans and tactics, before loading up onto the bus and getting the garda escort down to Thurles, where you would look forward to seeing the Limerick supporters in the square, decked out in the green and white jumping around like lunatics.

On the bus, you generally had your own spot and sat beside the same person. For me, it was Declan Hannon early on before Kevin Downes pushed him out - ~I'm not sure why.

So compare all that to arriving on your own, then having to sit on your own , wearing a mask, no Limerick cars on the road, and no supporters. No Comparison’

To the game itself then. Well, much talk over the last week, has been concentrating on the Limerick full back line, so much so that you would nearly think Pat Hartigan or Steve McDonogh could have been expecting a call!

I was devastated for Mike Casey when his brother Peter sent me a text last week telling me the news, and I really hope Mike has a speedy recovery, but if there was ever a man to eat up the rehab and come back a new lad, ‘The Bear’ is the man.

We played golf together on Saturday in a fourball, and when we were picking the teams it was decided that we would go against each other as it would only be fair, both of us having a bad knee each!

And for those wondering, I bogey’d the 18th to draw it, so that will tell you how bad the standard was.

Whatever way you look at it, it won't be a familiar full back line, but that is why teams have a 36 man panel, and personally I would have full faith in whoever fills 2,3 and 4.

From a Clare point of view, you would suspect that the heavy defeat Limerick gave Clare last year, they will come all guns blazing and will want to correct that.

In saying that, you have to look at who they are missing, and question whether everything in the camp is as good as it was, pre covid.

In the last two weeks, Podge Collins, Colm and Ian Galvin said they are unavailable, and that's on top of missing Peter Duggan and John Conlon.

They are some savage players to take out of a team and guys like these are very hard to replace.

I think Limerick will win, and my reasoning is very simple.

They have a settled management team, a settled panel, a settled game plan, and are on the road as a team and a unit, for the last 4 years, the total opposite to Clare.

I would suspect they handled ‘Covid’ better then Clare, and for them reasons, its Limerick for me.

Have a question about hurling for Shane?

Email sport@limerickleader.ie and Shane will answer up to three a week in this column.