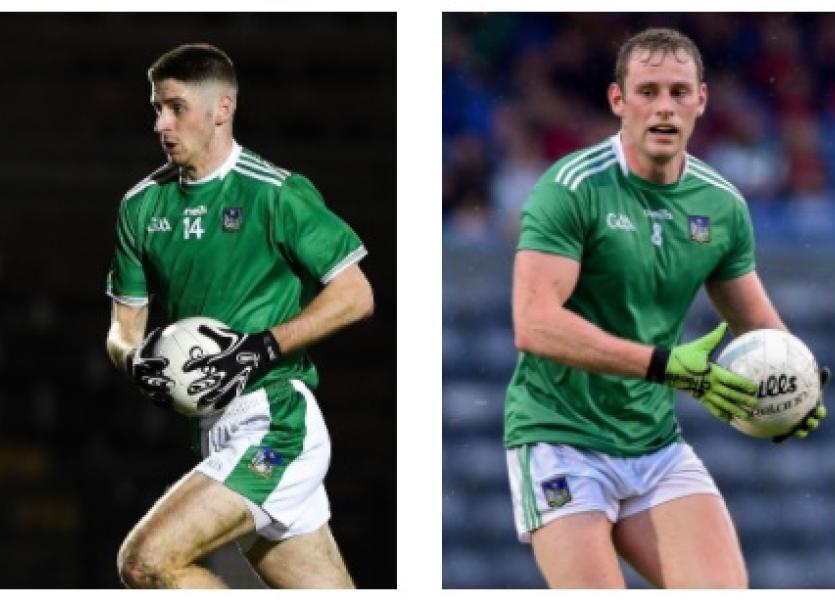 LIMERICK'S senior football panel has undergone change ahead of the restart of their inter-county season.

Billy Lee's Limerick return to action on Sunday week, October 18, when they play Wexford in round six of the Allianz Football League.

Limerick then complete their Division Four campaign with a trip to Sligo six days later.

Ahead of the two rounds of action, Limerick sit on top of the league table with four wins and one defeat - very much in the hunt for one of the two promotion places. The top finishing side will be crowned league champions - the finals made way in the Covid-19 enforced restructured season.

Billy Lee and his backroom team have been forced into some changes ahead of the resumption of games.

Injury means that Limerick will have to plan without Danny Neville (Ballysteen). The key forward could be sidelined for up to six weeks with a broken bone in his hand.

Other forward options no longer involved as James Naughton (St Senans), due to college commitments, and Patrick Begley (Mungret), due to work commitments.

The loss of the trio comes on top of Jamie Lee (Newcastle West), emigrating to Australia back in February.

Also out are both substitute goalkeepers - John Chawke (Kildimo-Pallaskenry) and Cian Shorten (Rathkeale) - both with knee injuries.

In a boost to options, Darragh Treacy has re-joined the panel. The St Kierans man returned from Australia in August after much of the last 12-months in the southern hemisphere.

Also called into the panel is Sean McSweeney (St Senans).

On top of all that, Limerick are carrying a number of slight injuries ahead of the league tie with Wexford - Josh Ryan (Oola), Luke Murphy (Monaleen) and Bob Childs (Galtee Gaels) and Ryan Glynn (Bruff).

Limerick used 24 different players in their five league games back in February and March.

Not included in that list due to injury and now back in full training after playing in the club championships are Gordan Brown (Na Piarsaigh), Colm McSweeney (Gerald Griffins), Cian Sheehan (Newcastle West), Mike Fitzgibbon (Feohanagh-Castlemahon) and Maurice O'Sullivan (Galtee Gaels).

Limerick are guaranteed at least three games in the coming weeks.