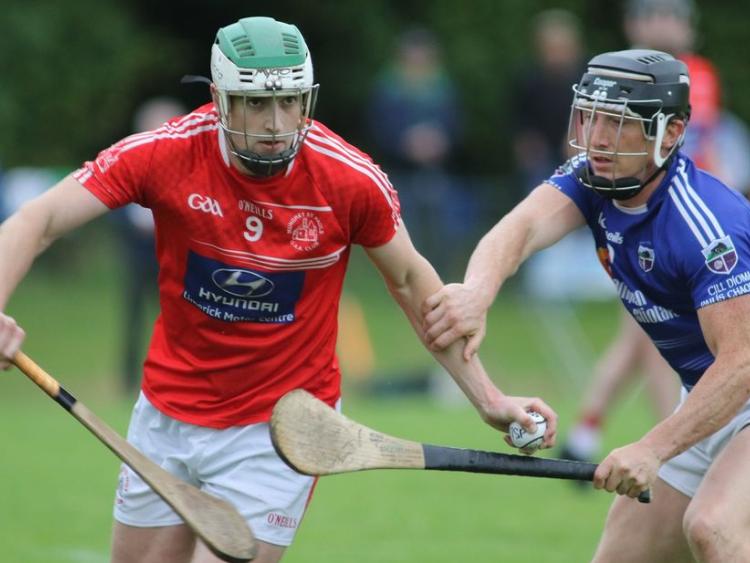 The LIT Gaelic Grounds hosts the decider at 7pm between the two teams from out the N69.

A team from the parish of Kildimo-Pallaskenry hasn’t been senior since the 1940s, while Mungret are bidding to return to the top flight for the first time since 1989.

Both are recent Limerick IHC winners – Mungret in 23016 and Kildimo-Pallaskenry one year later.

The last threee seasons at PIHC level has seen three encounters – a win each by a single score and a draw.

Kildimo-Pallaskenry lost this final after a replay to Blackrock last year. They have since changed management with Natal O’Grady (Patrickswell) now manager-coach.

The men in blue and white are captained by inter-county star Kyle Hayes. Also in theirs ranks is Darren O’Connell – an addition to John Kiely’s Limerick senior hurling for 2020.

Mungret are managed by Seanie Barry with Liam Cronin (Cappamore) as coach.

The men in red are captained by Cian O’Brien. Among their ranks is Limerick senior footballer Patrick Begley and a group of young talent led by 2017 minors Paul O’Brien, Conor Flahive, Conor Hellewell and Rory Duff. Also key will be Brian Barry, Eoin O’Doherty and Niall Mulcahy.

Back in July, the finalists met in round one of the championship – an injury time point from midfielder Rory Duff edged Mungret St Pauls to a 1-17 to 1-16 win in a game in which the sides were level 10 times.