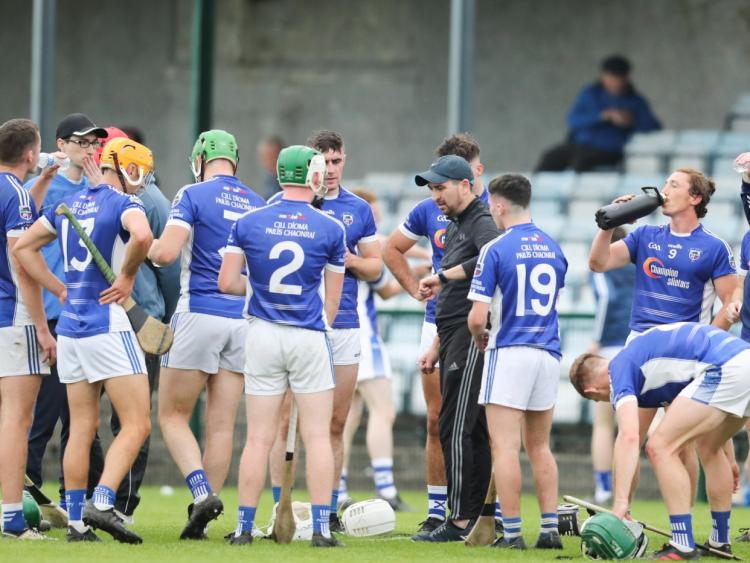 But this Sunday (7pm) in the LIT Gaelic Grounds they will be in opposition camps in the Lyons of Limerick Premier IHC final - Kildimo-Pallaskenry v Mungret St Pauls.

Both are in the first year coaching their respective clubs - Patrickswell native O'Grady as manager-coach with Kildimo-Pallaskenry and Cappamore native Cronin as coach to Mungret St Pauls.

For Natal O’Grady it's a busy weekend. Twenty four hours before the county final, he coaches his native Patrickswell in their Limerick SHC semi final against Na Piarsaigh.

On Sunday, O'Grady bids to add the Limerick Premier IHC to a sparkling coaching CV, that last year saw him win a Tipperary IHC with Sean Treacys.

”I’ve watched this team (Kildimo-Pallaskenry) for the last few years. They are only over the road and I have been to a lot of their game and I knew a good few of them. They were in the final last year (after a replay to Blackrock) and my job was to come here and try and get them to be playing senior hurling next year," explained O'Grady.

“They are a great bunch and we set ourselves a few goals for the year and we have reached most of them but still one more to do.”

He added: “We are under no illusions for next week – it’s a massive task because they beat us in the first round and are a good side. If we bring our A game we will be there of there abouts”.

“After that game I said it to the guys that probably the two of us could end up in the county final. That was a good game – the quality was fairly good,” said the Kildimo-Pallaskenry manager-coach Natal O’Grady.

“They are well coached by Liam Cronin – we have a lot of work ahead of us this week to get ourselves right for that. We will embrace the challenge and hopefully get over the fence,” said O’Grady.

What of a ‘Behind Closed Doors’ final?

“It’s important for people, but we need to get our job done and bring home the cup to the parish of Kildimo-Pallaskenry. For clubs, parishes and family members and it’s hard but for us we just have to win the silverware,” stressed O’Grady.