Limerick JAFC: Game by game details from round two as four sides into quarter finals 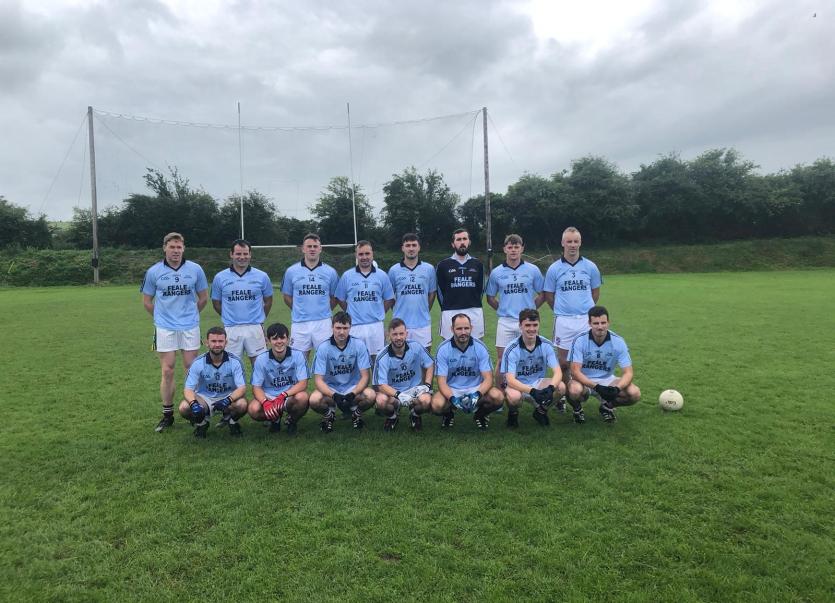 Athea: 45-point winners in round two of the Limerick JAFC

IN the Woodlands House Hotel Limerick Junior A Football Championship, four of the eight quarter finalists are known.

Ahead of this weekend's final round group games; Athea, Newcastle West, Monagea and Ballybrown are all guaranteed a spot in the last eight.

Still to be confirmed is the quarter final line-up and also the four bottom teams in each group - all to be relegated for a new-look 12-team JAFC championship in 2021.

Now to be played on September 9 in Mick Neville Park at 7.30pm

Cappamore were actually ahead at half time in Knocklong, 1-2 to 0-3.

The game was level at 0-6 to 1-3 but a Josh Adams goals swung the tide towards Ballybrown, who now advance to the quarter finals.

Crecora then took over to lead 0-11 to 1-7 but a late points from O'Dea, Denny Ahern and William O'Keeffe kept the Kilteely-Dromkeen unbeaten run alive.

Now to be played on August 30 in Ballingarry at 6.30pm

This 11-point win in Feenagh puts Newcastle West into the quarter finals and leaves Bruree to face Hospital-Herbertstown to determine who is relegated.

A 45-point win in Ballingarry. Athea were 3-15 to 0-3 clear by half time with Darren Murphy (2) and James Ryan getting their goals.

In the second half, there was a hat-trick of goals from James Ryan and other green flags from Jack O'Connor, Kevin Murphy and Brian O'Connor.