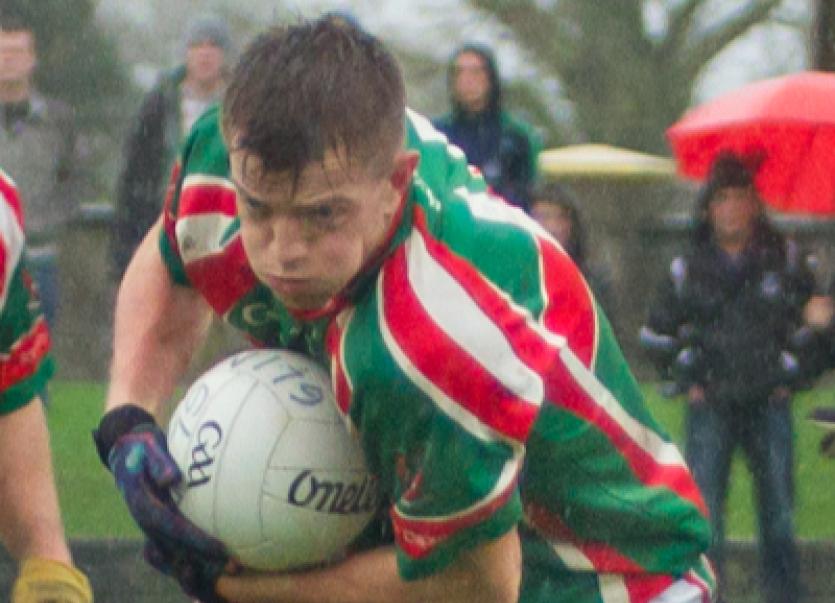 THERE were four victories with over 20-point winning margins in round one of the Woodlands House Hotel Limerick Junior Football Football Championship.

Kilteely-Dromkeen, Castlemahon, Athea and Newcastle West were the big winners across the seven ties.

Action continues in round two this weekend - see fixtures here

There are four groups of four teams in the Limerick JAFC. Two teams advance from each group to the quarter finals, while crucially the bottom team in each group is automatically relegated down to Junior B for 2021 to leave a 12 team JAFC format for next season - similar to the senior and intermediate grade.

This game on Tuesday night in Croagh was a 26-point win for Castlemahon.

The winners had a hat-trick of goals from James Guina and one each for Jeff Reidy and Alan Roche.

Last year's beaten finalists Croom had six points scored before the Abbeyfeale side opened their account in Feenagh.

Scorers dried up in the second half amid torrential. Eoghan Cregan's late point looked to have won it for Croom but Fr Caseys snatched a draw.

The sides were level 0-4 each at half time in in Mungret.

Ballybrown had edged 0-7 to 0-6 entering the final minutes when a goal from Patrick McCarthy sealed the narrow win.

The winners built a 2-6 to 0-3 half time lead in Clarina. The goals from Sean Herlihy and Tom O'Callaghan.

Points from Jason and Ciaran Brouder sealed the win for the west Limerick men.

This tie in Kilbreedy was all but over at half time - Kilteely-Dromkeen 4-6 to 0-3 ahead. Their goals came from Robbie Holmes, Danny Holton and two for Pierce Close.

In the second half the east Limerick side added two more goals - both for Denis O'Dea.

This tie was postponed until Tuesday August 25 in Fedamore at 7pm.

The 21-point winners were 1-7 to no score clear at half time in Ballingarry.

In The Bog Garden, Athea were 2-11 to 1-1 ahead by half time with Kevin Murphy and Jonathan Fitzgerald among the winner's goals.

Brian O'Connor had the second half Athea goal to seal a 24-point win.