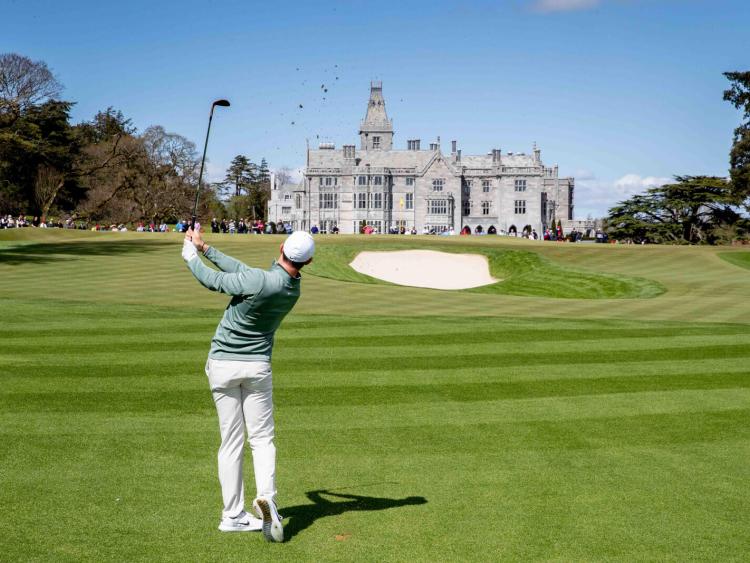 108 days out from the 2020 staging of the JP McManus Pro-Am, the organiser of the event hope to run the World famous golf outing as scheduled.

In a statement, the Adare Manor based organisers  stated, "We are very hopeful that the Pro-Am will take place as scheduled but will continue to monitor our position in consultation with our stakeholders, and on the advice of Government health bodies and medical experts"

The committee also state however that "Due to the nature of the COVID-19 crisis, the decision on whether the 2020 JP McManus Pro-Am proceeds as planned may be out of our control but we will at all times prioritise the health and safety of our attendees, players, staff, volunteers and everybody associated with the event"

There will be an additional update by May 1 ahead of what would be the sixth staging of the JP McManus Pro-Am. Since its inception in 1990, the event has attracted golf’s leading names to Ireland and raised over €140 million for beneficiaries.

Former World Number 1, Brooks Koepka is the latest in a long list of players to join a line-up also including Tiger Woods, Rory McIlroy, Phil Mickelson, Dustin Johnson, Justin Rose, Mark Wahlberg and Niall Horan in Adare, Co. Limerick, this summer. Eight of the world’s top 10 players have now been confirmed for the two-day event, July 6 & 7.

The course, along with the Adare Manor Hotel, reopened in 2017 after an extensive refurbishment which earned the hotel the prestigious ‘Hotel of the Year’ award in the Virtuoso ‘Best of the Best Awards 2018’ and the ‘#1 Resort in Europe’ in the Condé Nast Traveler Reader’s Choice Awards 2019.

Once again, charitable organisations in the Mid-West will benefit from the Pro-Am, with many millions raised since the event was first held in 1990. Please note tickets for the event are sold out.