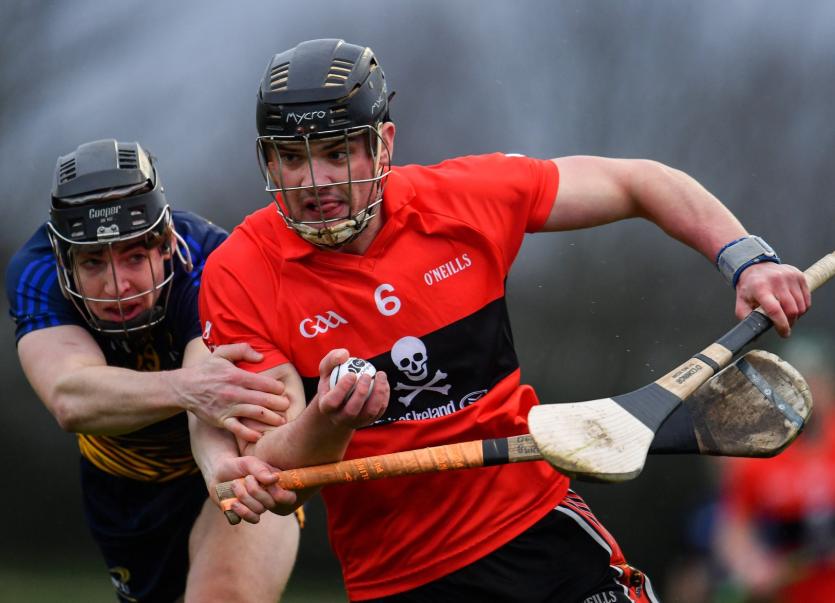 Paddy O'Loughlin in action for UCC

FIVE Limerick hurlers go in search of Fitzgibbon Cup success this Wednesday evening in the colours of UCC.

UCC, the defending champions play IT Carlow in the final of the Electric Ireland sponsored Higher Educational Senior Hurling Championship in the DCU Sportsgrounds at 7.30.

The Cork side are captained from centre back by Kilmallock and Limerick hurler Paddy O'Loughlin, who was also in the starting team when UCC defeated Mary Immaculate in last year's final.

The Fitzgibbon Cup final can be watched live here

The second tier final of the Higher Educational Senior Football Championship has a 5.30 start in the DCU Sportsgrounds as a double-header with the Fitzgibbon Cup hurling final.

Mary Immaculate are bidding to reclaim a title they last won when the Brian Begley managed and Cillian Fahy captained side were successful in 2018.

This time round, Mary Immaculate are managed by Pat Galvin, with assistance from Richard Bowles.

If they are to secure promotion into the Sigerson Cup ranks, the Limerick college will look to Clare senior trio Cillian Brennan, Dermot Coughlan and Cillian Rouine, Cork's 2019 All-Ireland U20 winning pair Sean Meehan and Cathal O'Mahony and Evan Cronin, who was top scorer for East Kerry in their county final success last November.

The Trench Cup final can be watched live here