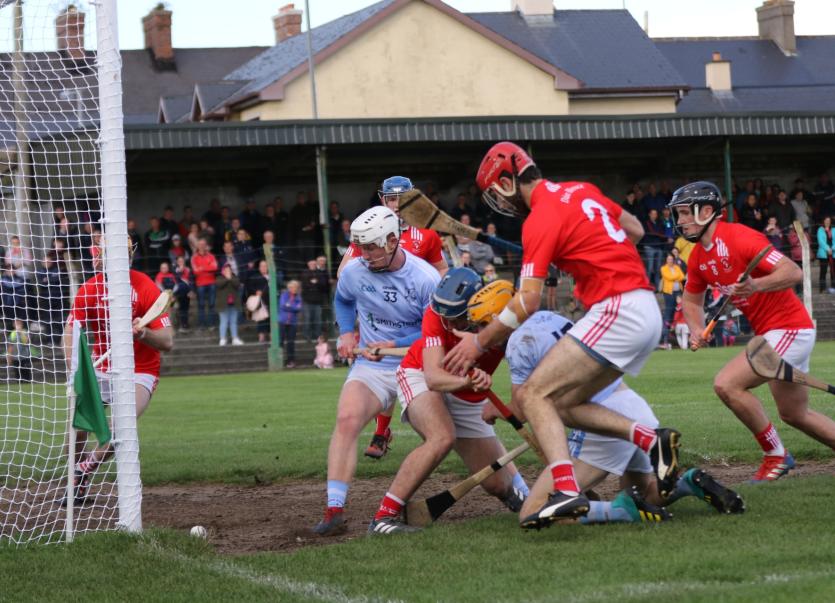 Group A of the Limerick SHC concluded this Saturday evening with wins for Na Piarsaigh and Kilmallock, while Patrickswell and Adare finished level.

All that means, Na Piarsaigh and The Well advance directly to the semi finals, while Kilmallock and Doon go into quarter finals - The Balbec against the runner-up from Group B and Doon against the winners of Group B - Monaleen, Ahane, Ballybrown and Murroe-Boher are all in contention for quarter final places from Group B in Sunday's action.

Three-in-row seeking Na Piarsaigh were 3-24 to 3-12 winners over Doon and that was without injured Shane Dowling, David Dempsey, Cathall King and Alan Dempsey.

A William Henn goal had them 1-8 to 0-3 clear after 21-minutes but a late goal from a Darragh O'Donovan penalty reduced the arrears to four points at half time.

Na Piarsaigh hit seven of the opening eight scores of the second half with an Adrian Breen goal among them to move 2-16 to 1-7 clear.

But Adrian Breen brought his personal tally to 2-5 to seal the win for the Caherdavin men.

A late goal from man of the match Jack Mulcahy secured a four point victory for Kilmallock against South Liberties in Bruff.

Kilmallock led 0-9 to 0-7 at half time before a John Hickey goal brought the men in green and gold to within a point.

Minutes later a Brian Ryan free gave Liberties the lead for the first time of the game, with ten minutes to go.

Kilmallock responded well, scoring five points without response before sealing the result as Mulcahy found the net against a tiring Liberties defence to make it 1-18 to 1-14 to the men in green.

In the LIT Gaelic Grounds, Patrickswell and Adare finished level - 1-24 each.

Without Cian Lynch or Aaron Gillane, Patrickswell had to battle back for the draw.

Ten minutes into the new half the men in red and black were 1-17 to 0-14 clear but then came a Josh Considine goal for The Well, who were already assured of their semi final spot.

The sides were level a number of times down the home straight.

Meanwhile, in the Limerick IHC, there were wins for Glenroe over St Patricks, Hospital-Herbertstown over Granagh-Ballingarry and for Effin over Dromcollogher-Broadford.

Glenroe have confirmed their semi final from Group B.

Hospital-Herbertstown and Effin booked quarter final spots. Group A will be completed on Sunday.