Limerick hurlers have a 'clean slate and are attacking the 2019 championship': Connolly 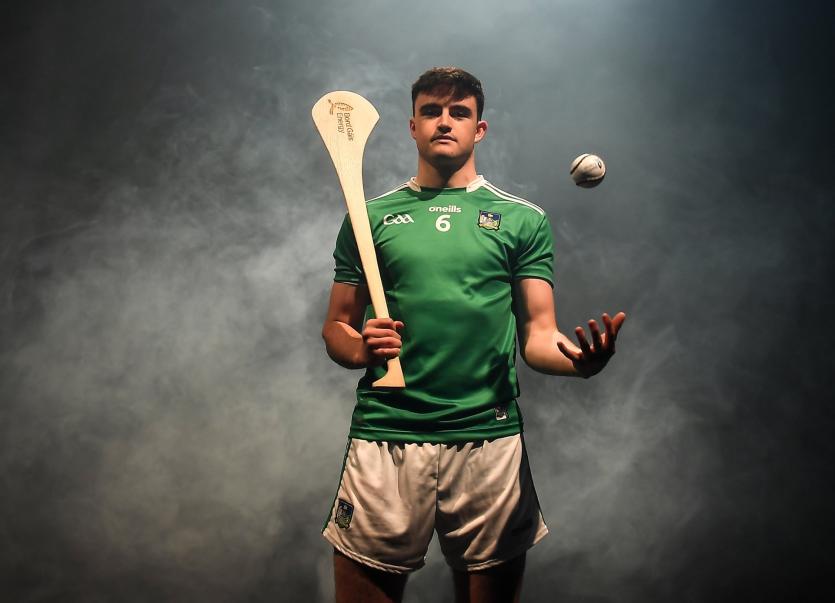 Ronan Connolly at the U20 launch

THERE is no one resting on their laurels stressed Ronan Connolly of the Limerick senior hurlers ahead of the opening game of their All-Ireland title defence.

The Adare 19 year old was one of the fresh faces called into John Kielys' inter-county panel last Autumn and was on the 41-man panel that won the Allianz Hurling League title in March.

Connolly was one of those that didn't make the championship panel and has instead dropped back to Paul Beary's Limerick U20 panel.

This week Connolly was in Dublin, where was unveiled as an U20 Hurling Championship ambassador  .

Speaking to LeaderSport from that Bord Gais Energy launch, Connolly spoke of his belief that Limerick are not resting on their 2018 success.

"It wasn't a case of defending the title, it was a clean slate and attacking the 2019 championship as opposed to thinking of the 2018 championship," outlined Connolly.

"As you can see from the league, they are doing an excellent job of building on last year and keep on improving - anything can happen on championship day, but they have done all the preparation," said the 2018 Ardscoil Ris Harty Cup winning captain.

Connolly played in the 2016 All-Ireland minor final and again played county minor in 2017.

"Kind of a daunting experience but an enjoyable one," he recalls of his time training under Kiely, Paul Kinnerk and Co.

"It was a fantastic opportunity and unfortunately when they made the championship panel and had to shortened down, I was one of the few that unfortunately didn't make it," said Connolly, who has just finished his first year in UCC, where he studied Maths Science.

"From the very moment I went in there and being one of the youngest, all I wanted to do was grasp the opportunity as much as I could, go to every training and push myself as hard as I could. When you are being exposed to Hurler of the Year Cian Lynch or Young Hurler of the Year Kyle Hayes, these are the players that you want to be playing against or training against. It was a phenomenal experience," said Connolly of his Limerick spell.

"The professionalism is incredible. Training is always of the highest standard and I feel it brought me on a lot and can only be a positive thing for me."

Clearly, the Adare teenager would relish another call-up in the future.

"No one can tell what will happen in the future and every year different people are putting their hands up, but getting exposed to it at a young level I knew it could only be positive and of course I would have liked to make the championship panel but it's so competitive in there for places, that someone has to lose out. I now know what is expected and required to be the best at that level now. I took a lot away from it and it has given me a lot to work on for the future so hopefully get back on the panel again," he said.

He made his senior debut in the Munster League win over Kerry in December.

"It was only 15-20 minutes but it was a great honour to throw on the jersey for the first time at senior level and I won't forget that in a hurry. Even for those minutes, you can see the standard of the hurling and the speed and intensity they play at," he recalled.

The Limerick U20 hurling side play Cork in the Munster Championship in July.

Preparations are on-going for Paul Beary's team with recent challenge games against Kilkenny and Laois.