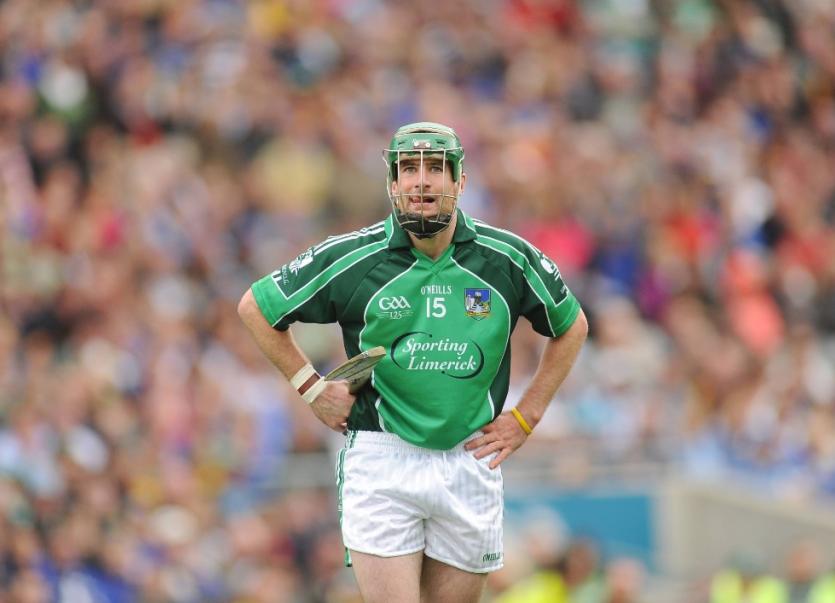 “WE were doing hurling drills that you would do with U-12s - a bad U-12 team!” said Andrew O’Shaughnessy of Limerick’s preparation for the 2009 All-Ireland SHC.

At the end of that championship the 2007 All Star was among those dropped from the county panel by Justin McCarthy.

Kilmallock star O’Shaughnessy addresses the situation in Shaughs’ Story in the TG4/Nemeton Laochra Gael series on TG4 on Wednesday March 20.

“I was aware that things weren’t going the way they should have been - there was no question, we were not going well. We were doing hurling drills that you would do with U-12s - a bad U-12 team, but I was still committed and saying right we are still going to beat Tipperary,” recalled O’Shaughnessy, referencing the 2009 semi final loss.

“I remember saying to someone – we will either beat Tipp by a few points or we could be annihilated and I was right unfortunately; we didn’t beat them by a few points!”

“I think we weren’t called back because we questioned decision making - but it wasn’t, we just questioned the process and tried to improve things; not trying to give out or critique. We didn’t accuse anyone, we just said ‘would you consider…’”

O’Shaughnessy played in the 2007 All-Ireland final.

“I would argue if we were a bit more focused and everyone fully, fully convinced we would have beaten them but again that’s ifs and buts and worth nothing to us. The one thing I remember vividly was when Kilkenny were getting the cup there were a few Limerick supporters around and Eimear was alongside me and a few of the players; there was a Limerick supporter and his one statement was ‘isn’t it great to be here’. I actually had to walk off the field at that exact moment - there is on point being up in Croke Park and being happy to be there if you are not going to win. The whole idea of any sport or anything in life it that you go to be the best and coming up second best and saying ‘isn’t it great to be here’ - well it’s not. That’s the one thing that sticks in my mind from that day - I certainly didn’t feel great to be there, that day.”

The Croke Cup title was on in Croke Park with the Kilmallock man the scoring hero.

"It looks like you were superb when you see 2-9 but how many of them were from play and from frees. But it doesn't matter who got the scores, once we won and it was absolutely fantastic - my only regret is that I didn’t do it with a Limerick senior team," he sighed.

The married father of two recalls how the scoring burden rested easy on his young shoulders.

"With that responsibility comes a burden that you just have to trust yourself - that you are the main man because of your ability and what you are doing and if you actually think ‘jezz I’m the main man and great’ then that’s when you are going to fall. You have to keep as grounded as possible and keep doing the basics and keep being part of the team," he said in the eagerly awaited documentary, which was produced by Paul Jenkins of Nemeton.

Still a teenager in secondary school, O'Shaughnessy came the youngest ever Limerick hurler to play senior championship hurling in a 2002 All Ireland SHC Qualifier with Cork.

"As a young 16 or 17 year old nerves don’t affect you, or they shouldn’t, and they didn’t affect me anyway and I put that down to my family insulating me from certain things and also Mike Fitz (Mike Fitzgerald, Limerick selector and fellow Kilmallock man). I went to that match in the car with him, whereas everyone else went by bus and that was to insulate me from the environment of hype, which I didn’t realise at the time but looking back now I do realise it and appreciate it," recalled O'Shaughnessy.

"I grew up going to all Limerick matches - I was there up in Croke Park in ‘94 and again in ‘96 and I lived to watch the Limerick hurlers and then to be involved was so so special."