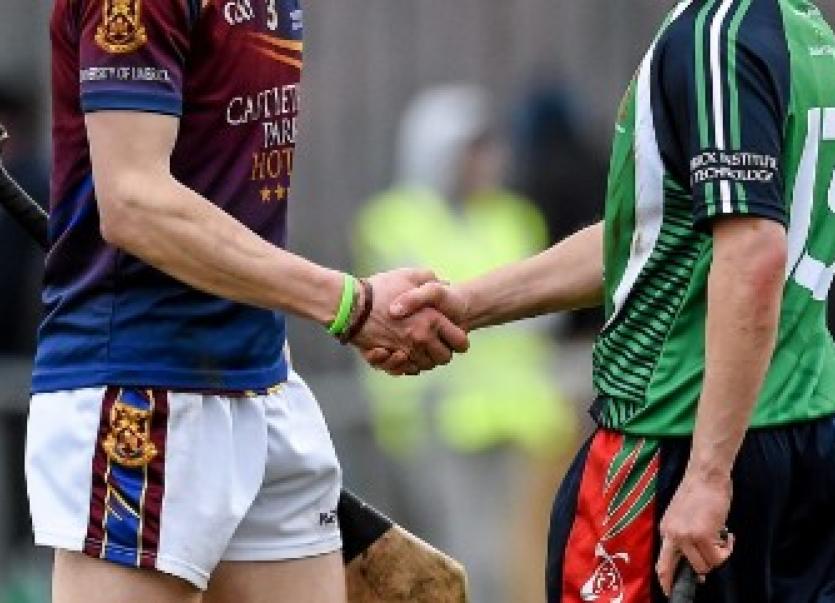 IT'S an all-Limerick affair in the All-Ireland Freshers Hurling Final this Wednesday, UL playing LIT.

The first year hurling championship final takes place in the LIT sportsground in Moylish at 4.30 this March 13.

The sides met in the Fitzgibbon Cup final back in 2011, with UL the winners, but they have never met in this final.

There are players from 11 different Limerick GAA clubs spread across the panels of the two local Third Level Colleges.

There are six from Limerick in the UL panel - Mungret trio Rory Duff, Conor Flahive and Kieran O'Dowd, Darragh Aherne of Patrickswell, Conor Nicholas of Monaleen and Brian Garry of South Liberties.

UL are managed by Cratloe's Joe McGrath with Ger Downes (Knockaderry) and Patsy Coffey (Cappamore) among his backroom team, along with Liam O'Reilly.

UL, champions back in 2015, beat IT Carlow and UCD in the group stages. In the semi final they were 2-12 to 1-13 winners over Mary Immaculate College.

When UL beat UCC to win this title in '15 they have 2018 All-Ireland winners Sean Finn, Mike Casey and Tom Morrissey in their starting team.

UL are appearing in a third successive final - losing the last two to DCU.

Moylish side, LIT are appearing in a first ever Freshers Hurling Final.

LIT beat Dublin IT and UCC in their group games and followed up with a 1-22 to 1-13 semi final win over Cork IT.

LIT are managed by Sixmilebridge man Brian Culbert, who is currently part of the Kerry senior hurling backroom team.

Culbert is in his fifth year in the role and has Kevin Mulryan (JK Brackens, Tipperary) and Aaron Considine (Clarecastle, Clare) as selectors.

LIT's last win in the championship is over 10 years ago with a team that contained Galway star Joe Canning.