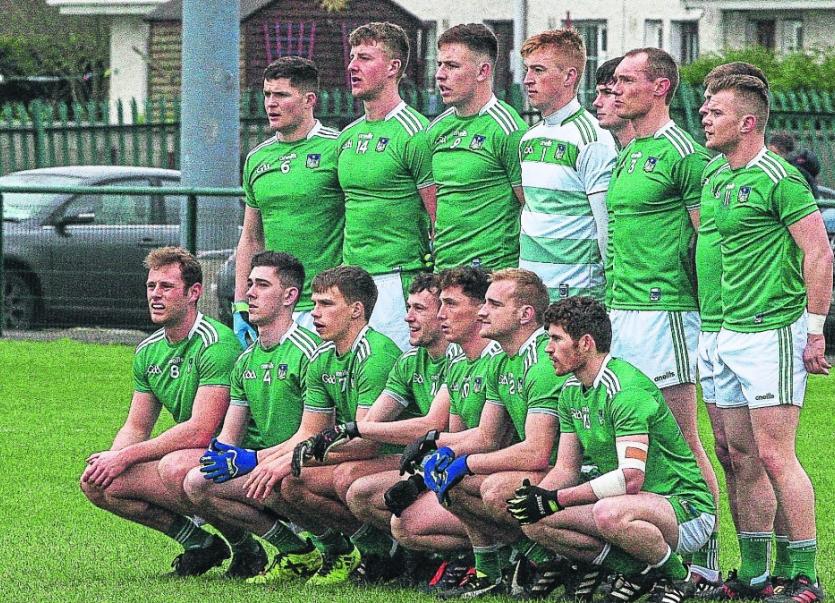 DEFEAT for Limerick in the Allianz Football League this Saturday against Derry.

In the first league meeting between the counties since 1992, Derry remained unbeaten with a 0-13 to 1-5 win.

On a horrible day for football, the Gaelic Grounds witness driving wind and rain for much of this round five Division Four contest.

Limerick were ahead at the break but scored just once into the breeze in the second half.

Next up for Billy Lee's Limerick is a trip to Wexford in two weeks.

Limerick had the big breeze to their backs in the opening half but were hindered by 10 wides.

Limerick went almost 20-minutes in the middle of the half without scoring.

Billy Lee's men were 1-1 to no score ahead after seven minutes.

Seamus O'Carroll had the first of the 10 scores in the first half when he applied the finish after Patrick Begley intercepted a short kickout.

The O'Carroll point was in the second minute and five minutes later Limerick had the ball in the net.

It was a fortuitous goal - Colm McSweeney swinging in a shot from the left sideline and is deceived the goalkeeper to creep into the top corner of the net.

The game was 12-minutes old when Derry opened their account.

With Limerick failing to find the target, the game was 1-1 to 0-3 by the 25th minute with Ciaran McFaul and Christopher Bradley on the mark for the Oak Leaf County.

A fine Jame Lee free ended the Limerick barren spell but Cillian Fahy and Peter Nash then added fine points from play to leave a goal between the sides again.

In injury time, Bradley had his fourth of the half to leave Limerick ahead by just two points at the break.

Derry turned on the style after half time with four points within eight minutes to move ahead for the first time, 0-8 to 1-4.

Limerick's cause wasn't helped when half time sub Padraig de Brun was shown a straight red card for an off the ball incident in the 10th minute of the half with the men in green two points down.

Successive points from Shane McGuigan had it 0-11 to 1-4 with 15-minutes to play.

Limerick did have the occasional scoring chance but added three wides to the first half total of 10.

In the 30th minute of the half, Jamie Lee finally had a Limerick point and Derry were only four points clear.

Any Derry nerves were eased with corner back Karl McKaigue pointing in response.