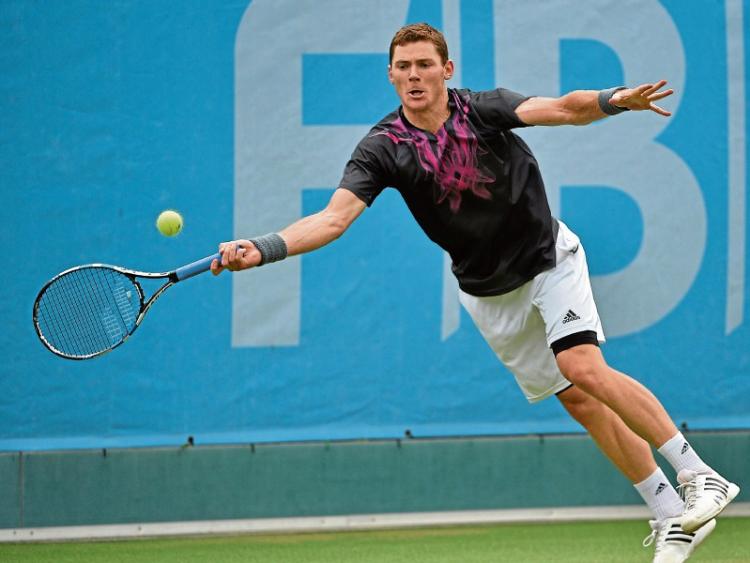 Limerick tennis professional Sam Barry who has announced his retirement

LIMERICK tennis professional Sam Barry has confirmed his retirement from the game.

Twenty seven-year-old Barry said he was retiring from tennis with a ‘lifetime full of memories and to all those who played their part. Over and out!.”

Barry, from the Ennis Road, turned professional in 2011, after a prodigious underage career where he became the first Irish player to compete in all four junior Grand Slam events.

The Limerick man moved to the Mouratoglou Tennis Academy in Paris at age 12, living alone until age 15 and at 21 became the youngest Irish winner of a professional tennis tournament.

A Davis Cup player for Ireland, Barry, who has been Ireland’s number one ranked player, held a world ranking of 255 at the end of 2016.

Tennis Ireland tweeted this Monday: “Sad to hear that @sam_barry1992 has retired from Professional Tennis.

“Wishing you all the best in your future career, thank you for your dedication to Irish tennis over the years and the many great memories you have given us all!”

In 2017 Barry was the subject of a highly-regarded TV sports documentary Beyond the Baseline which focused on the highs and lows of the life of the international professional tennis player.