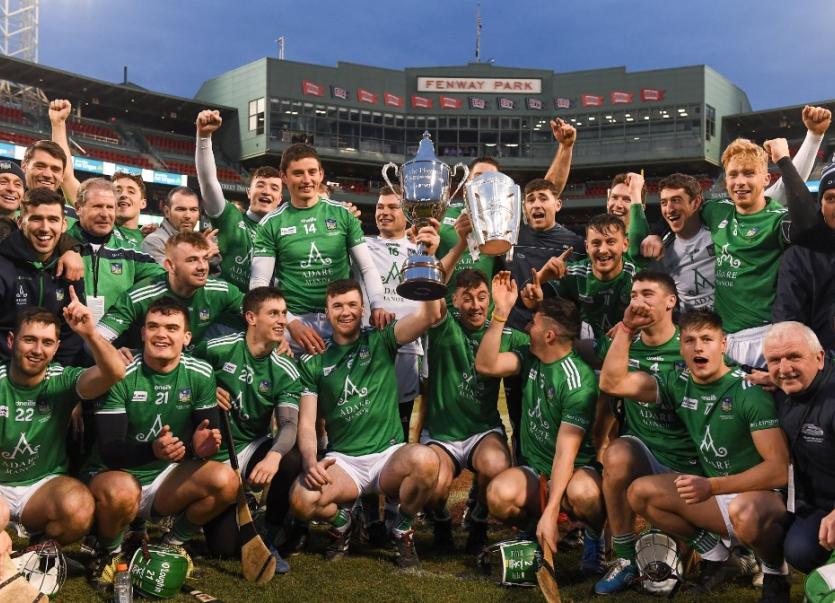 JOHN Kiely said that the Fenway Classic title win was a "bonus" to an incredible 2018 for Limerick hurling.

Limerick beat Wexford and Cork to lift the Players' Champions Cup in the home of the Boston Red Sox - Fenway Park.

Over 12,000 attended the Super 11s exhibition tournament on Sunday as Limerick continued their winning run.

"It's been a great year and this is just a bonus - we were coming here to enjoy ourselves and be part of the occasion," said Limerick manager John Kiely.

"All the teams did a little bit of preparation for this with a couple of training sessions - this is our off-season so players just got used to the format and they play a lot of similar type games in training so they enjoyed this format," he explained.

"They are delighted to be away for a few days in Boston and meeting up with the other players and that is all part of it. They love travelling and being away from home and they have had a great time," added the Limerick manager.

Limerick didn't have the preparation of the other counties, but Kiely was confident that the competitive nature of his players would stand to them.

"All the players are competitive animals and there were a couple of shots there that grazed the crossbar and posts and brilliant saves. I think the goalkeepers were stars of the show - some of the saves and skill were top drawer and I take my hat off to them," he said of the modified format.

"There are a couple of small bits, like kicking the ball on the ground, but small things," he said of potential changes to the Super 11s format.

"I think it is great for the lads to get abroad - a lot of our lads had played here in 2016 when they were over after being beaten in the U-21s and they have a lot of friends over here and it's great for them to meet-up. For every Irish person, when four teams come to town, they just want to see top quality hurling and all the stars they see on tv throughout the Summer. It's a great occasion for them."