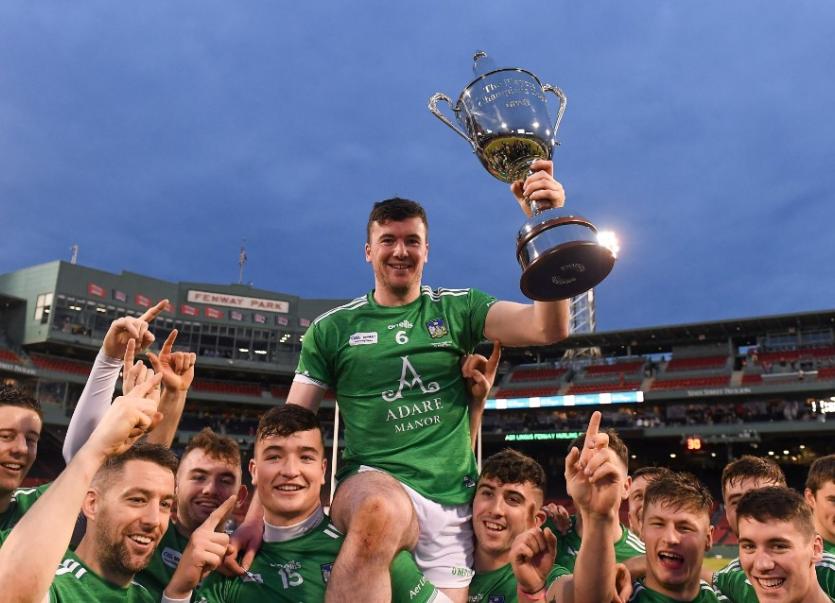 LIMERICK were crowned Fenway Classic winners this Sunday with a 38-30 final win over Cork.

The victory saw Limerick collect the Players Champions Cup - watched by 12,674 in the home of the Boston Red Sox.

Just like the semi final, Tom Morissey had the first goal of the game. In that semi final, Limerick beat Wexford - report here.

Barry Murphy then added two five-pointers and Limerick were 13-0 ahead with five minutes played in the home of baseball's Boston Red Sox.

Tom Morrissey added another goal and Limerick had a gap between themselves and The Rebels.

When Hurler of the Year Cian Lynch added a stunning fifth goal for Limerick, the men in green were 21-0 clear.

Limerick would have been further clear but for some outstanding saves from Anthony Nash.

Patrick Horgan started the Cork fightback with successive goals to leave it 21-8 with five minutes to half time.

Youngsters Kyle Hayes and Shane Kingston exchanged goals but the Cork score was a five-pointer.

That left it Limerick leading at half time 24-13.

In the second half, Tom Morrissey again opened the scoring.

Conor Lehane then tried to ignite a Cork fightback with a goal nine minutes from time.

The Fenway Classic was played in a Super11s format with unlimited substitutions in an 11-a-side game.