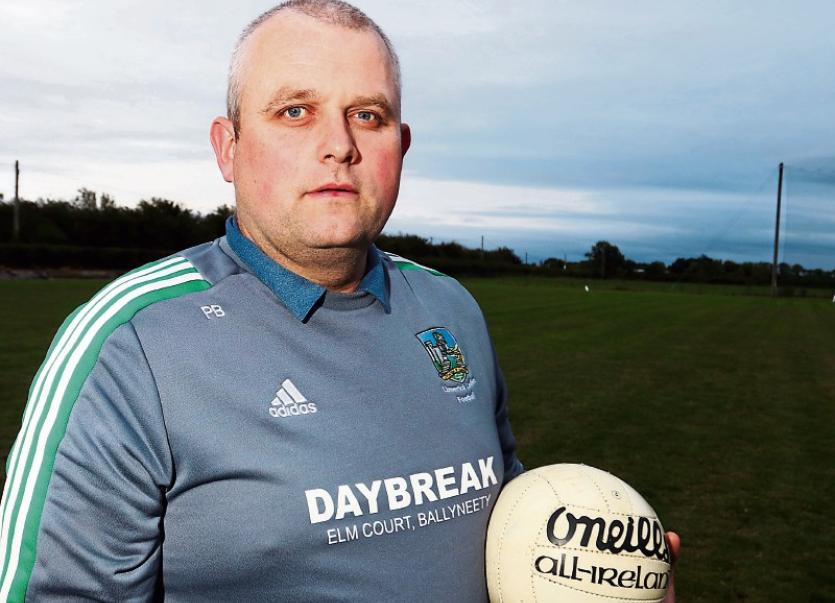 THESE are busy times for Paul Butler...

On Sunday he is selector with the Limerick ladies footballers in their All Ireland junior final quest.

Hand-in-hand with his inter-county role, Butler is goalkeeper on the high-flying South Liberties hurling team in the Limerick SHC.

“It’s good to get me out of the house!” joked Butler at the Limerick Ladies Football media event.

“I was with St Ailbes for the last two years as senior manager and I guess that’s why John (Ryan) got onto me to get involved. I knew most of the girls in the county but in a way the boys didn’t know what they were letting themselves in for at the start,” explained Paul Butler.

The new management took over a group of girls that were relegated last season.

“They are hungry to get back there - they didn’t do themselves justice last year for whatever reason. There are good footballers in the county - look at the senior club championship last year when every game went to extra time bar the final. There is good footballers - it’s about getting them out and believing they can play at a higher level,” said Butler

Limerick reached the National League semi final, where they lost to Sunday’s final opponents, Louth back on April 22.

But five months later, Limerick are in a much better place.

“As the season progressed we got players back and that made training better. More girls wanted to come back and John had girls ringing him. We trained here in Banogue where the facilities are very good. As the numbers increased we were able to instill more belief. The problem was confidence - they didn’t believe they were good enough to play county football, which they are. We played a few intermediate teams in friendlies and we have played well against them and that helped put in the belief in the squad” outlined Butler.

“Since the league we got three or four girls back that were doing the Leaving Certificate, we got Rebecca Delee after the camogie, Dymphna (O’Brien) came back from injury and Martina Giltenane was after having a child so then she came back - the panel is a lot stronger since the league but then again Louth are probably the same.”

“In the match against Derry we were four points down with 20-minutes to go and there was thunder and lightning and the whole lot with the weather but the girls showed that they wanted to die for the jersey and got it back to one point and we were unlucky not to get a draw,” he recalled.

“They were downbeat after the match but we knew if we performed against Carlow that we would get a semi final and that’s where we wanted to be. When the semi final came Jim (Moran) had them flying. They were now all believing and we had a squad of 36 and like the Limerick hurling team we have four or five girls coming on as subs and they are all making a difference.”