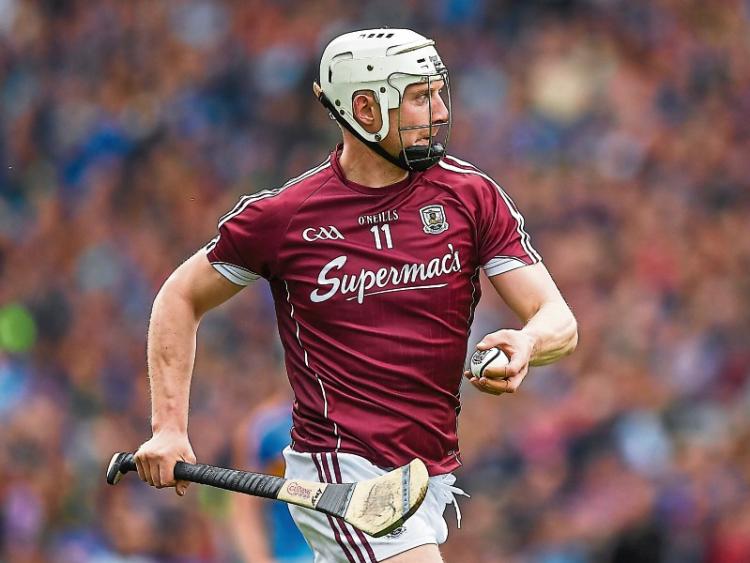 The hurling landscape will be different next Sunday when Galway and Waterford meet in the All Ireland final.

This promises to be a very special occasion as these teams have never met in a final before. Both counties have endured a famine and that will ensure that the celebrations after the final whistle will live long in the memory.

From a sporting point of view, the hurling and football finals in September are very special to the counties involved but also to the thousands that attend regardless of who is in the final. This year most people would want either team to win.

Sadly though there will only be one winner and it’s Galway that will go into the final the better equipped outfit.

Since Michael Donoghue took over the atmosphere has been different. He operates under the radar but his progress this season has seen them win the Walsh Cup, the National League and the Leinster championship. That in its self would be a great year but both he and the players will know that twenty nine years has passed since Conor Hayes last climbed the Hogan Stand.

Galway are the more experienced team going into the final. Waterford’s last outing in a final was in 2008 and that was a forgettable day for them.

Under Derek McGrath, Waterford have made great progress. He is a man with fresh ideas and has worked very hard to bring his team to the promised land. He didn’t hang around and developed players early. Those players have become battle hardened over the past couple of years. They came close to making the final last year but they made no mistake this time round. In every aspect of their play Waterford have improved. They are making better decisions and most of all they are making less mistakes.

Galway have had an edge on most teams all year. Michael Donoghue has got the players to take ownership and they have responded well. One of the big problems with Galway in recent years was that they didn’t always close games out. They could hurl great for stages of the game but when it mattered most they faded. That has not happened this year. They are a driven team that will ask a lot of questions of Waterford.

I am sure Galway will be mindful of their league game with Waterford. McGrath’s men didn’t take the game too seriously and sent a weaker team. It took Galway all they could do to get a result but from that game on Galway have not looked back. They inflicted some heavy defeats on teams and Limerick learned early on the sort of power Galway had.

Many great players have ended their career without an All Ireland medal and most GAA supporters would love to see Joe Canning walk the steps of the Hogan Stand on Sunday.

From an early age Canning showed promise. His brothers would have helped his development but it was the vast amount of hours he spent with hurley and ball that made him the player that he is.

Those hours have stood to him. He is a player that can always produce that bit of magic. We have seen lots of examples of this over the years and his point in the dying seconds of the All Ireland semi final against Tipperary will be remembered for as long as hurling is played. On his first day out with the Galway seniors he hit 2-9 and from that on he has always been under pressure to deliver.

I have seen all of the Galway games this year and for the first time Joe Canning is playing a role he likes. He has freedom to coast up and down the field and unlike other years others are standing up and the pressure to do all the scoring is gone. Canning is both provider and finisher now. He is the man pulling the strings and for Waterford to win they will need to come to terms with him.

The big difference with Galway this year is that they have a centre to them. Daithi Burke at full back, Gearoid McInerney at centre back, Burke and Glynn midfield and now more diversity in attack.

All Ireland final day and the lead up to it, are demanding and it takes a lot from players. I would expect Galway to be better equipped to manage this pressure whereas Waterford other than a couple of players have little experience of such a big day.

Luck and taking opportunities all play a big part on All Ireland final day but the team that makes the least amount of mistakes mostly wins.

If Waterford and Galway both arrive ready for battle then we will have a cracking game. Waterford are a flowing team that like to take risks but I would suggest that Galway wont allow them the same sort of space they got against Cork. Waterford took Cork apart in the second half but they were helped when Damien Cahalane was sent off. Cork lost shape and they just didn’t have a plan to curtail the runners. Galway will not allow that happen. Waterford will play the sweeper as always and it will be interesting to see how Galway cope with it. What we have seen so far from Galway is that they have hit a huge amount of points but that goals have been hard to come by. They are creating opportunities and to win the All Ireland teams need to score at least two goals.

Waterford play with great dash and it will be interesting to see what if anything they will change in their game plan. Austin Gleeson likes to come forward, he can score that's for sure but I don’t see him getting the same sort of latitude as he did against Cork. Hurling will be the winner on Sunday. It’s a pity that one of these counties will once again lose out. I have seen Joe Canning play a huge amount of his games with County and club. He is a star player that has lite up the hurling world with this talents. I would like to see him complete his collection of medals and on Sunday his wait and that of Galway will come to an end.

A couple of weeks ago I wrote about the underage hurling academy and how I felt it needed a shake up. After the poor results of last weekend I think serious action needs to be taken to halt the decline. Many of the foot soldiers are gone and they might never return because of the way they feel they were treated. Jerry Wallace did a lot of good work. Right now I would say Limerick at underage are looking at some hard years ahead. That should not have been the case and instead of being ahead we are once again behind.

Limerick will be represented on All Ireland hurling Sunday as Johnny Murphy will act as Fourth Official.

It’s a few years now since I said in this paper that Murphy would go all the way to the top and his progress has been steady over the past two years.

He handled the All Ireland minor semi final this year and I expect he will make the senior panel next year.

It’s a great honour for him to be involved on All Ireland weekend.

Best of luck to Johnny on the show piece occasion.