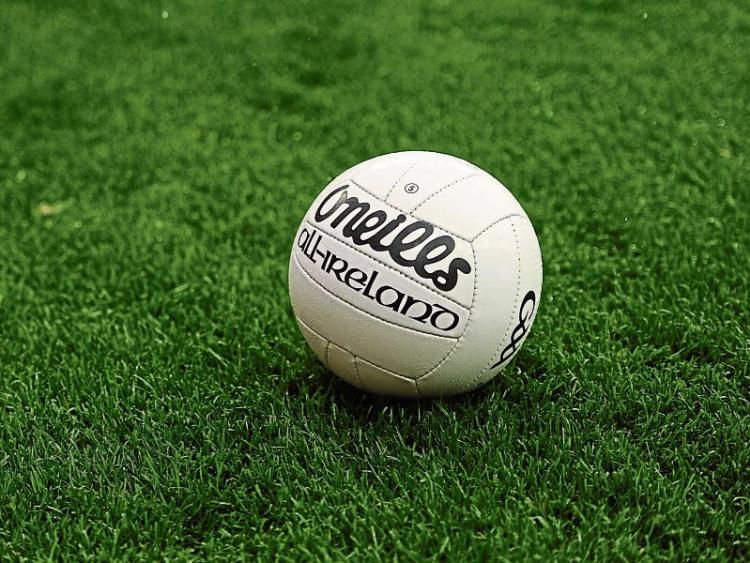 Champions Newcastle West earned a vital win in the Limerick SFC on Thursday night while Ballysteen also threw themselves a lifeline by recording their first win of the campaign.

Newcastle West were 1-15 to 1-7 winners over Pallasgreen in Kilmallock – a win that puts them back into contention for a place in the knockout stages.

A Jamie Lee goal helped Newcastle West to a 1-7 to 0-4 lead by half time  and with Iain Corbett, Stephen and James Kelly and Darragh Woods in good scoring form, Newcastle West never looked like losing. Pallasgreen’s goal came from a late Seamus Mulcahy penalty.

Elsewhere, in Newcastle West, Ballysteen had a 1-11 to 0-9 win over Rathkeale. The return of Danny Neville, Pakie Moran and Padraigh Vaughan strengthened them considerably after losing their first three games.

They were level 0-6 each at the break but Shane Gallagher’s goal 13 minutes into the second half proved to be the crucial score. Rathkeale, who finished with 14 men following the sending off of Andrew White, will now have to beat Monaleen in their final game to have any chance of progressing to the quarter-finals. 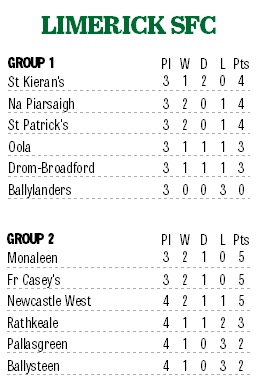