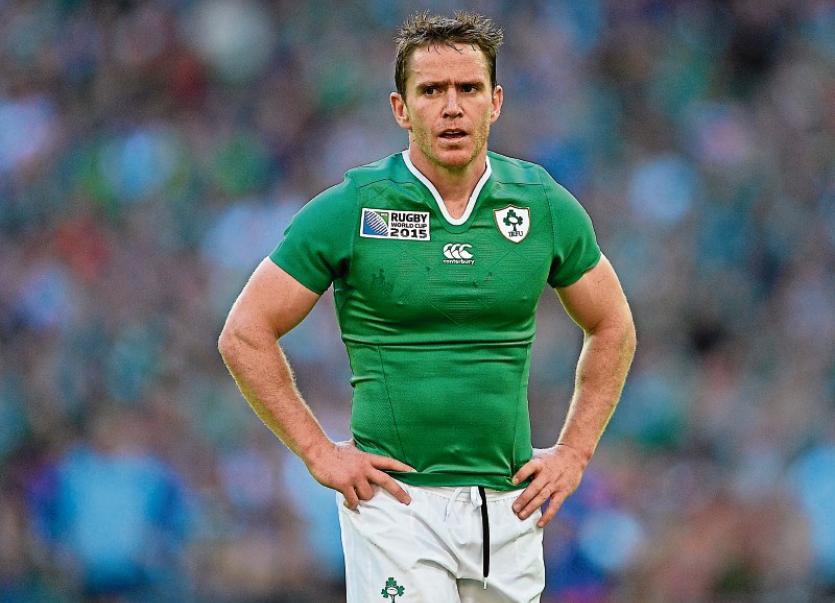 Reddan is in line to win his 71st Irish cap off the bench in the decisive test match with the Springboks, 4pm Irish time.

Speaking of his decision to retire from professional rugby and to enter the aviation finance sector, Eoin Reddan said: "I have been privileged to be part of so many successful teams over the course of my career.

“To win European and domestic honours with both Wasps and Leinster has been fantastic and to taste 6 Nations success with Ireland over the past three seasons has been incredible.

“I am grateful for the opportunities and experiences that professional rugby has provided over the course of my career but feel that now is the right time to commit to the next chapter of my life and take on a new challenge.

“I have a fantastic opportunity in a dynamic industry that will bring a new set of challenges and opportunities for myself and my family. I am grateful to Leinster and the IRFU for supporting my decision to take up this opportunity.

“I'd like to thank my wife Aoife for all her support over the years. Whether it was moving to Wasps or keeping Evie, Tom and everything else running so smoothly while I've been away for long periods, she has been amazing.

“My parents Geraldine and Don had a massive influence on everything about me from a young age up until today.

“Don has barely missed a minute of my career in 15 years. My brothers Donal, Diarmuid, Alan and Cian have been behind me every step of the way and have travelled the world to support me.

“I've been blown away by all their efforts and I realise how much it helped me to stay motivated and to keep on pushing as hard as I could until the very end.

“There are so many players, coaches, conditioners, physios and management that I have worked with that have become great friends.

“I'd like to thank them all as these people helped me on and off the pitch right throughout the ups and downs of my rugby career.

“I'd also like to thank the group friends I've had since I was 13 years old.

“Particularly in the early years they were very good at picking me up or dragging me back down to earth with a bang. I am looking forward to having some weekends to catch up with them.

“Finally I'd like to finish by thanking everyone who supported me and the teams I have played in. It was humbling to experience that level of support whether it be on the best days or the toughest and I will never forget it."

His club side, Old Crescent, paid tribute to the rugby star as "never forgetting his roots" in the Rosbrien club.

"Eoin learned his rugby in the Under Age Section of Old Crescent RFC and he never forgot his roots, " said club president Pat Monaghan. "Eoin played senior rugby for Old Crescent in the All Ireland League before his stellar professional rugby career. We were immensely proud when Eoin listed his club as Old Crescent RFC in the Rugby World Cup programme last autumn.

"The Reddan family have very close links to Old Crescent RFC and we look forward to welcoming Eoin back to his spiritual home in Rosbrien many times in the years ahead," he added.

Former Crescent College Comprehensive star Reddan began his rugby career at Old Crescent RFC and went on to represent Munster at Schools and U19s level. He played for Old Crescent in the All Ireland League before making the switch from Munster to Connacht in 2001. He re-joined Munster in 2003 making 27 appearances over the following two seasons.

In 2005, he joined London Wasps where he won a Heineken Cup and a Guinness Premiership title making 125 appearances before signing for Leinster at the start of the 2009/10 season.

At Leinster Reddan played a significant role in driving the province to two Heineken Cup successes, an Amlin Challenge Cup and two PRO12 titles. He made 140 appearances for Leinster the last of which came in the 2016 Guinness PRO12 final.

Reddan has enjoyed a ten year senior international career with Ireland making his debut against France in the 6 Nations in February 2006 at the Stade de France.  Reddan is in line to win his 71st cap for Ireland this weekend against the Springboks and captained his country against Georgia in 2014.