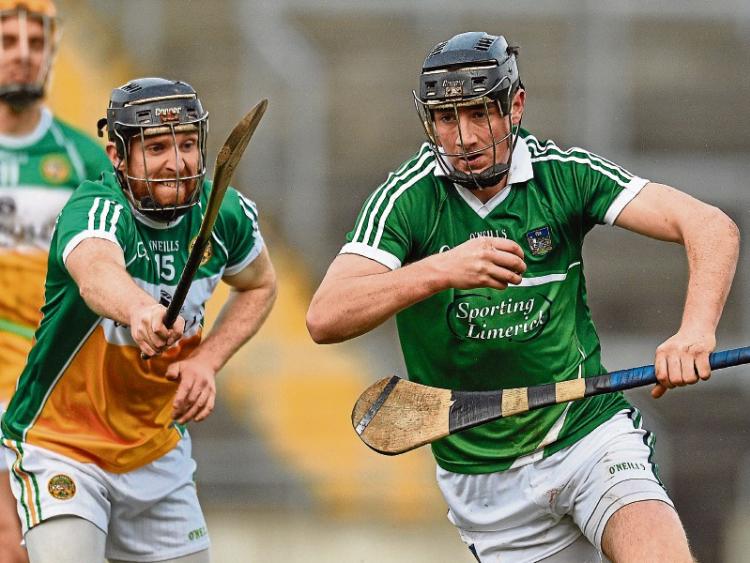 “I would have taken an eight point win this morning,” said a content TJ Ryan after yesterday’s win over Offaly.

”It’s a fixture that has caused us problems in the past, not really sure why but this is a good win today and we are top of the table with three games in and we have three wins and that’s exactly where we wanted to be,” said the Limerick hurling manager referencing last season's defeat to Offaly and two other recent draws with the Leinster county.

But while happy with a third successive win, Ryan was aware there remains room for improvement.

“We had a couple of wides in front of the post that should have gone over. In the second when when things got tight in the middle we had chances and should have tapped the ball over the bar. There are always things to be working on, defensively, shooting up front, getting more scores but an eight point win was a good result for us,” outlined Ryan.

“My honest opinion today is that we got an eight point win and that’s a good day because this has been a sticky fixture for us in the past,” said Ryan.

“I feel the panel is getting stronger and in order to get a proper assessment of somebody you need to see them in league action and we have more guys that we need to have a look at, hopefully next weekend - it's all part of the process that we are trying to do and we have the Na Piarsaigh guys to look forward to at the end of the month,” he said of his panel.

“We had a lot of ball in the forward area but didn’t seem to be able to turn it into scores. We had half chances and didn’t knock the ball over the bar but that can happen. I honestly think we should have got more scores -  we created the chances but need to keep the scoreboard ticking over.”

He explained: “You are not going to dominate at this time of the year for a full 70-minutes - we would like to and we will keep aiming for that and pushing for that will improvements.”