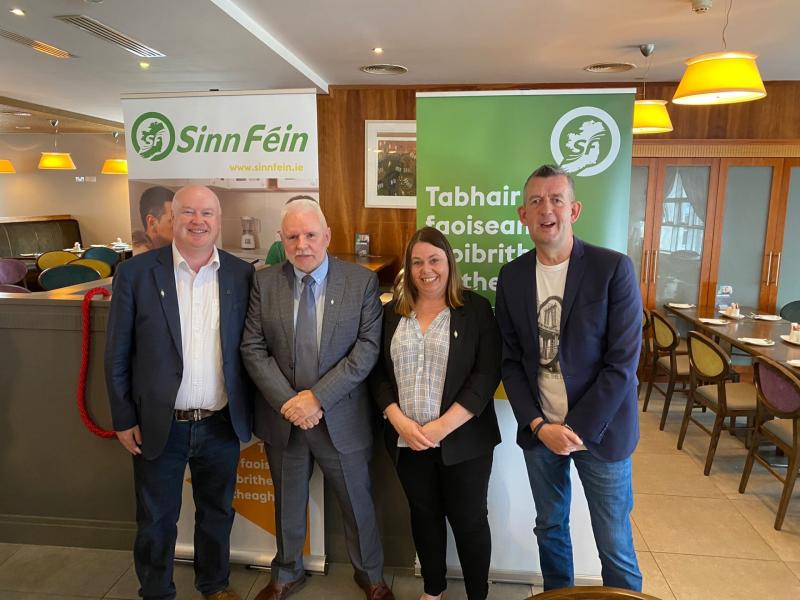 SINN Féin has announced the co-option of Tom Collopy to fill the seat on Limerick City and County Council which was vacated by Cllr John Costelloe earlier this year.

The decision, by members of the Clancy/O'Callaghan Cumman will see Mr Collopy formally take his seat, representing the Limerick City North LEA, at the next full meeting of the local authority.

Commenting on the selection of Mr Collopy, Joseph Kearney, chairman of Sinn Fein in Limerick city said: “A Limerick man born and bred, Tom hails from the King’s Island area of the constituency, right in the heart of the Limerick City North LEA. The people of Limerick City North entrusted their votes in two Sinn Féin candidates during the 2019 Local Elections and it was imperative that we as a party ensured the continued representation of the people of that area."

Mr Kearney added that Tom Collopy, who lives at Assumpta Park, Island Road, is an integral part of the local party and has held several roles within the local party structures. He also contested the local elections in 2009.

The soon-to-be councillor said he is "extremely humbled" to have been selected by his party colleagues.

"I have big shoes to fill but alongside the support and guidance of our Party Leader, Sharon Benson, I have no doubt I’ll fit right in. Over the last number of years our party, through our team of councillors and our TD Maurice Quinlivan have ensured the people of King’s Island and Thomondgate got the representation that they deserve, and I will work hard to ensure that work continues.”

Deputy Maurice Quinlivan added that he was delighted to see Tom Collopy accept the nomination to the role.

"I have known Tom for a long time now and I have no doubt in his ability to carry out the role of councillor for Limerick City North. I look forward to working closely with Tom and the rest of our Council Team to ensure the people of Limerick are represented both locally and nationally on the issues that concern them most.”