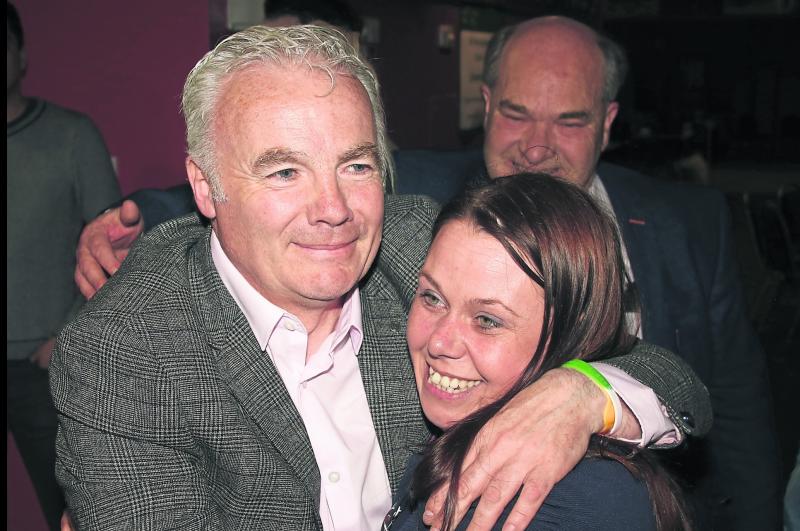 Cllr John Costelloe who will step down as a local representative, celebrates his re-election in 2019 with running mate Sharon Benson

LIMERICK City North councillor John Costelloe is to step down from politics, it's been announced this evening.

In a statement, Cllr Costelloe says in recent times, he has not been able to give the time and effort he feels being an elected representative deserves, due to health issues.

"I have had the privilege of serving the people of Limerick City North these past number of years. While it has been a very demanding and time consuming role, I have always tried to carry out my duties with 100% commitment as the people of Limerick City North deserve no less," he said, "After much consideration, I felt I needed to take a step back from such a heavy and stressful workload and put my own health first."

The Sinn Fein member was co-opted onto the local authority in 2016 following Maurice Quinlivan's elevation to Dáil Éireann at that year's general election.

Three years later, he was one of only two Limerick Sinn Fein election candidates returned in what was a disappointing local election for his party, as they plunged from their 2014 high of six.

A former antiques dealer based in Nicholas Street, Cllr Costelloe was orignally from Emmett Place, off O'Connell Avenue. But he's previously declared: "there's northside blood in my veins."

He will resign his seat at the next council meeting, and Sinn Fein will co-opt a replacement.

Cllr Costelloe added: "I want to thank my Sinn Féin party colleagues in Limerick, particularly Maurice, Paul and Sharon, for their support and understanding as I reached this difficult decision and look forward to working with them to find a replacement."

Mr Quinlivan paid tribute to the lifelong Sinn Fein member, adding: "I wish him and his family all the best in the future, and wish him good health."