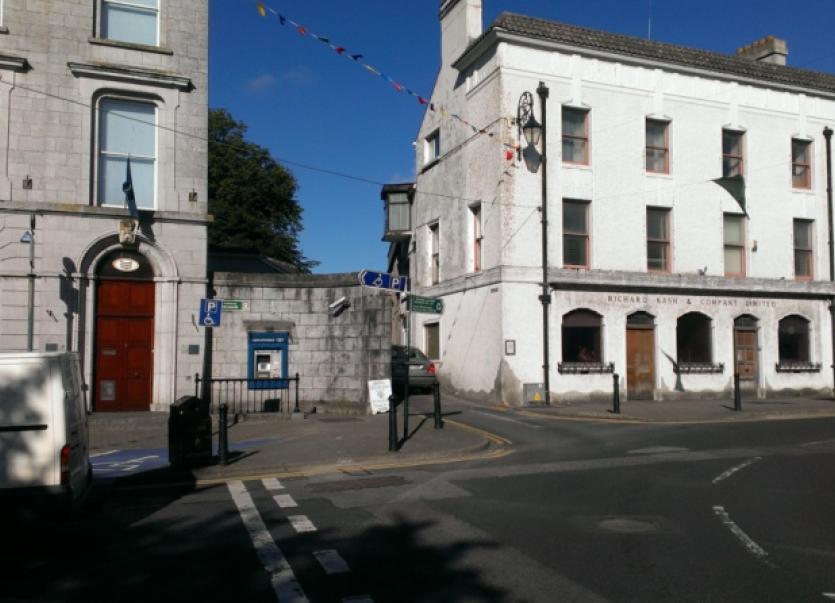 ALDI, the German-owned discount store multinational, has declined to say when work will begin on its new store in Newcastle West, now that An Bord Pleanála has given the project the go-ahead.

ALDI, the German-owned discount store multinational, has declined to say when work will begin on its new store in Newcastle West, now that An Bord Pleanála has given the project the go-ahead.

A spokesman from its PR company in Dublin said he had no comment to make when asked about the matter this week.

Permission for the store on the edge of the Demesne in Newcastle West was granted by Limerick County Council last year but a number of local retailers lodged an appeal to An Bord Pleanála. The Bord upheld the planning permission, with 10 conditions, a fortnight ago.

The 1,500 square metre store is to be located on the old Nash’s site, an 0.9 hectare site to the rear of Church St and adjoining the Ballygowan plant. The plan includes parking space for 101 cars as well as spaces for 24 bikes and a bus parking and access will be from the Demesne road.

A key condition of the permission is that Nash’s Lane, which leads off the Square, is to be upgraded and pedestrianised.

A more contentious issue is likely to be the removal of a number of parking spaces on Church Street to improve traffic flow. This latter was agreed by councillors for the Newcastle West area last year.

When Aldi first lodged its application for planning permission last August there were a number of objections. One objector, Martin Colleran from Ennis, raised concerns about the impact the new store would have on the Demesne itself, arguing that it would detract from the open-space facility. Britvic Ireland, who own the adjacent Ballygowan facility, also made a submission to the council raising concerns about congestion and about health and safety risks.

While welcoming the development as an upgrade to the local area and a boost to the commercial activity of the town centre, Britvic listed a number of concerns including increased vehicular traffic and a greater risk to people walking and cycling to the Demesne. It also raised concerns about dust pollution during demolition and building and any potential risk to the aquifer.

However, the matter was appealed to An Bord Pleanála by Garveys Supervalu and Dooly’s Supervalu among others. Garvey’s Supervalu for example, argued that there should be a masterplan for the area.

Other objections included the fact that no retail impact survey had been carried out and Newcastle West had insufficient capacity to carry the new store. Traffic congestion was also raised and the design was criticised as being inadequate for a town centre. There was also opposition to closing off of Nash’s Lane to vehicular traffic.

The Bord Pleanala inspector, however, recommended permission be upheld but attached a number of conditions. One of these is that Aldi is to be asked to make a special contribution to the road development, over and above the development levy contribution. This, the inspector’s report said, was reasonable.

A detailed landscaping plan also has to be submitted, including details of street furniture, bollards and hard-surface finishes, before work can begin.