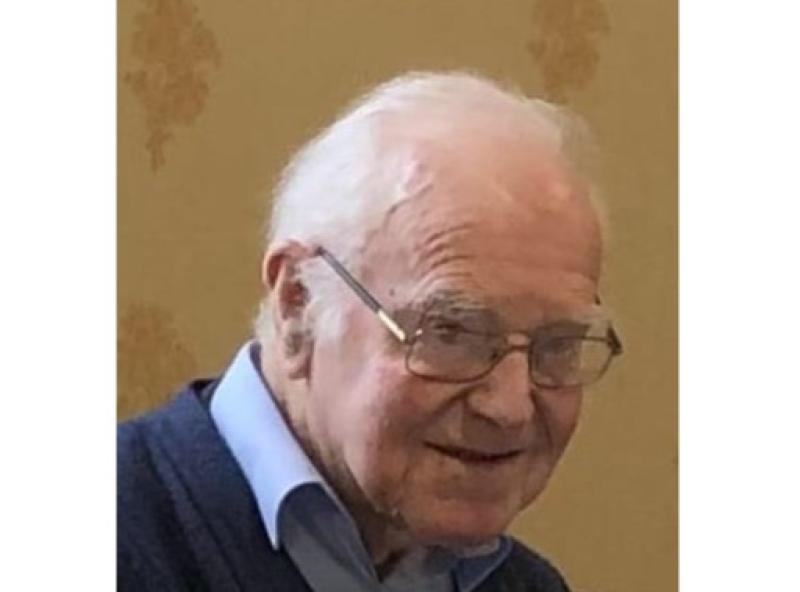 Born in Thurles in 1928, he was ordained a Salesian priest in 1956. Thereafter, he was blessed with a long and fruitful life both as an educator and a priest.

After graduating from UCD, one of his earliest teaching assignments (1961- 73) was as a science teacher and later as principal in Salesian College, Pallaskenry.

In 1973 he admitted the first female students into the secondary school in Pallaskenry.  After that, he left the lush green grass and security of Copsewood for the sun-drenched lands of South Africa and Swaziland, where he was to spend the next 44 years of his life.

Perhaps, when he was christened in Thurles in 1928 and given the name John Evangelist Butler, he was, like St John the Evangelist,  also destined to become a carrier of the Good News to the ends of the earth.

This he did with undying enthusiasm both as teacher and priest throughout his long life. He was an innovative schoolman, and in parish ministry, he was an effective preacher, gentle, humble, kind and self-effacing.

Fr John never allowed his role as a teacher to be defined by the confines of a classroom.  In later years, when reflecting on his life, he would say he was a ‘facilitator of learning’ rather than a teacher of subjects.

For him, a great deal of facilitation in growth takes place outside the classroom.  In 1980 he established a secondary school for boys in Malkerns, an impoverished area of Swaziland. His experience there profoundly influenced his understanding of his role as teacher and educator.

His first staff members consisted of two school leavers with no teaching qualifications and a retired teacher. But with an ingenuity typical to so many missionaries, he succeeded in creating a school that contained a science laboratory, a metal workshop, and a technical drawing-room.

Seven teacher houses were added to attract qualified teachers. Taking into account the needs of his surroundings, agriculture was to play a big part in the curriculum – we read in his first School Report.

“From the founding of the school it is written into the policy of the school that agriculture, the efficient production of food would be given pride of place in the curriculum… all boys must take this subject, and all boys are expected to take home the produce from their work in the garden plots."

To this day, that continues, and the school flourishes.  He obviously promoted the well-known adage: Give a man a fish, and you teach him for a day; teach a man how to fish, and you feed him for a lifetime.

After his time in Swaziland, he spent many years in parish work in South Africa ministering in the poverty-stricken townships around Cape Town and Johannesburg.

This work gave him great satisfaction. Despite his long years in Southern Africa, Fr John never forgot his Thurles roots. So it was fitting that he spent his final years back in Ireland connecting with his family and friends and native place in which he took so much pride.