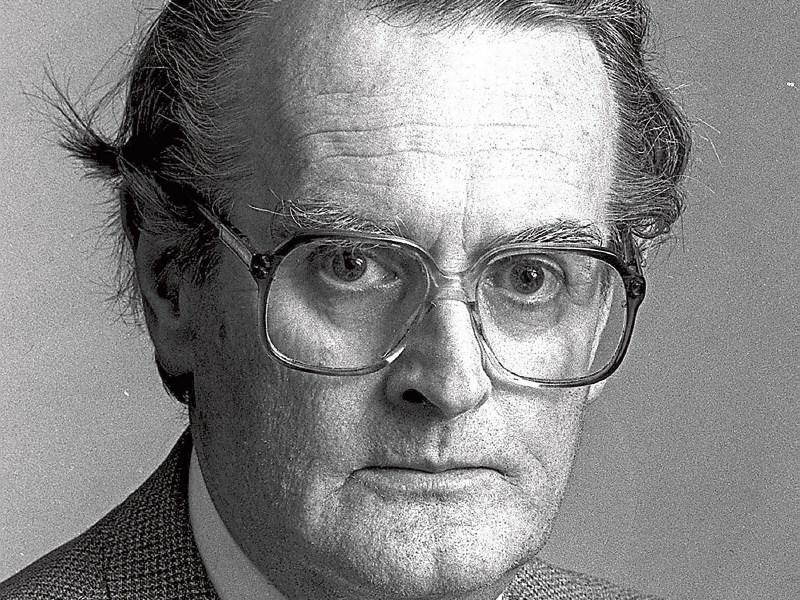 HE left Limerick in the late 60s but many people of his vintage still have fond memories of Pat Comyn, former editor of the Limerick Leader, who died last week.

He was editor of the Limerick Leader from 1962 to ‘65. An experienced journalist, the late Mr Comyn had worked prior to his arrival in Limerick with the Irish Independent and Irish Press.

He died surrounded by his family in Drogheda, last week, aged 83.

The late Mr Comyn took over  as editor of the Limerick Leader  in July 1962 just two months after John B Keane started his famous column, which we still publish today. During his time as editor he introduced a column as Gaeilge, entitled  I Mo Scribéal Féin in 1963.

He left the Limerick Leader to become development manager for Aer Lingus in the western region. But journalism was his real love and he returned to the Sunday Independent, and was the most well-known motoring correspondent in Ireland in the 70s, 80s and 90s.

His daughter Alison followed in her father's footsteps and has worked as a presenter for RTÉ, Sky News, Channel 4 and the BBC.

Pat  was for many years in charge of the production of the Sunday Independent at the "stone", where pages were made up in "hot metal". His funeral service in St Peter's Church in Drogheda last Friday also heard of the committed family man who, according to his son, Paddy, now PR chief for Volkswagen in Ireland, was "a gentleman, a father, a teacher and a friend".

Alison read from a chapter from her father’s autobiography which told of the beginning of his long love affair with Phyllis.

Pat Comyn was editor of the Leader for only three years, but he's fondly remembered by those who were at the paper in the 60s. He worked with likes of former sports editors, Charlie Mulqueen and Cormac Liddy. “I had the privilege of working with Pat who was always a gentleman. Pat's brother John, was a former sports editor of the Irish Independent,” Cormac recalled this week.

“He was the second editor to follow Con Cregan, who was in the chair for a remarkable 50 years (1910-1960). Paddy Fitzgibbon's short time as editor was dogged by ill health,” explained former Leader editor, Alan English, now group editorial director of the Iconic Newspaper group who own the Limerick Leader.

“Early in 1962, the board of directors felt they needed an editor who could provide stability. The minutes of a meeting on February 14 record that 'a first-class man' was required. Pat Comyn, in his late twenties, was working at the Irish Independent at the time. After impressing members of the Buckley family - owners of the Leader for a century - at a meeting in Dublin, he agreed to come to Limerick to discuss the position,” he added. “It's clear he made a great impression on the board and he was offered a salary of £1,300, plus £4 a week to cover his rent. His first day in the job was April 2, 1962. As he wasn't due to arrive until 2.30pm, an extremely lively board meeting took place in his absence.

“His time as editor was short, but eventful. Towards the end of 1965 he left to join Aer Lingus as development manager for the western region. He was succeeded as editor by Tom Tobin.

“In 2014, when researching a supplement marking the Leader's 125th anniversary, I found photographs of Pat taken during his first week in the job. I sent them on to his daughter, the journalist and TV presenter Alison Comyn, who was delighted to receive them,” added Mr English.

While he left Limerick in the late 1960s he is still fondly remembered by many of the senior members in the business community, from his time with the Leader and Aer Lingus.