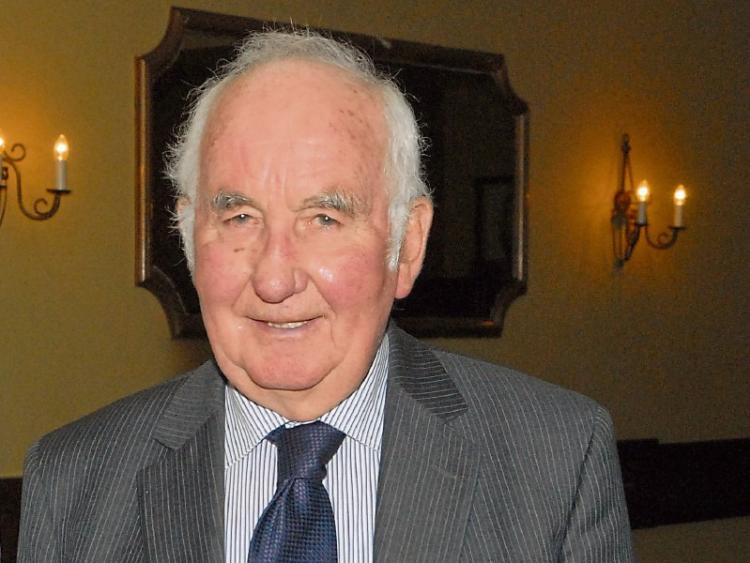 TRIBUTES have been paid across Limerick GAA to former County Board chairman Gerry Bennis.

The popular Patrickswell man passed away on Friday morning.

His removal from Griffin’s Funeral Home, John’s Gate to Our Lady of the Rosary Church, Ennis Road will be at 6.30pm this Sunday evening.

Requiem Mass is on Monday at 11am with burial afterwards to St. Mary’s (New) Cemetery, Patrickswell.

“I have had the good fortune to know Gerry for over 50 years and the one word that springs to mind is Inspirational, his enthusiasm for gaelic games and culture knew no bounds. Gerry will be sadly missed by his family and all of us who had the privilege of knowing him,” said Limerick GAA chairman Oliver Mann when leading the tributes to Bennis.

Gerry played corner back on the Patrickswell team that won the clubs first Limerick SHC in 1965.

He progressed to lead his club on two occasions as chairman, among many other positions, including President.

At county board level he served as Limerick GAA chairman in the 1990s.

He was a major driving force behind the Mackey Draw and redevelopment of the Gaelic Grounds.

“Gerry was a person who devoted his entire life to his family and the GAA. The number of positions Gerry held at Club, Divisional Board, County Board and on various sub committees are too numerous to mention, but at the end of the day whatever the position he held did not matter to him, if there was a job to be done in the GAA he just when ahead and did it," said the Limerick chairman Mann.