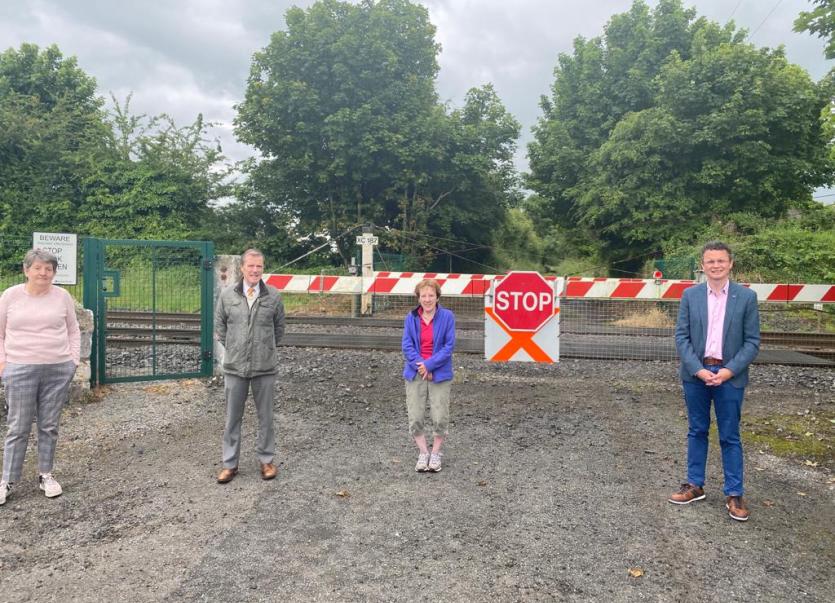 Minister-of-State Patrick O’Donovan has urged Iarnród Éireann to listen to the concerns of local people if it receives permission to remove a number railway level crossings in County Limerick.

The transport company is seeking permission to close two level crossings in South Limerick as part of a major safety project on the rail line between Limerick Junction and Mallow.

Seven level crossings, located on a 24km stretch of track, have been earmarked for closure or upgrading as part of the Cork Line Level Crossings Project.

The two level crossings in Limerick, which are included, are located in the Townland of Fantsown, near Kilmallock and Thomastown, near Effin.

Minister O'Donovan, whose grandparents were level-crossing keepers, says he recently met with representatives of Iarnród Éireann after residents in the Effin area contacted him to express their worry and anxiety over the proposals.

“We had a very constructive meeting with Irish Rail and representatives of residents in Effin, and afterwards I made a written submission myself to An Bord Pleanála. I know that the biggest concerns that relate to the removal of the Thomastown level crossing stem from concerns that the residents have in relation to road safety on the R515 Kilmallock to Charleville Road, and it is so important that the residents are listened to. These are the people who use the road daily, and their views are the most important,” said the minister.

“I also made it very clear that in relation to the removal of other crossings, and this would include Fantstown and others, Irish Rail must listen to, and respect the local community. The railway has been there for the best part of two hundred years, through the Great Southern and Western Railway, CIÉ and now Irish Rail and in that time these crossings have been part of these communities. These communities throughout their relationship with the railway have asked for very little, so asking for this now, is the least Irish Rail could give back after so long. These are a one hundred year investments and they should be made.”

The proposed closure of the two level crossings in Limerick was discussed recently at a special meeting of the Cappamore/Kilmallock Municipal District - see this week's Limerick Leader, broadsheet edition, for full report.