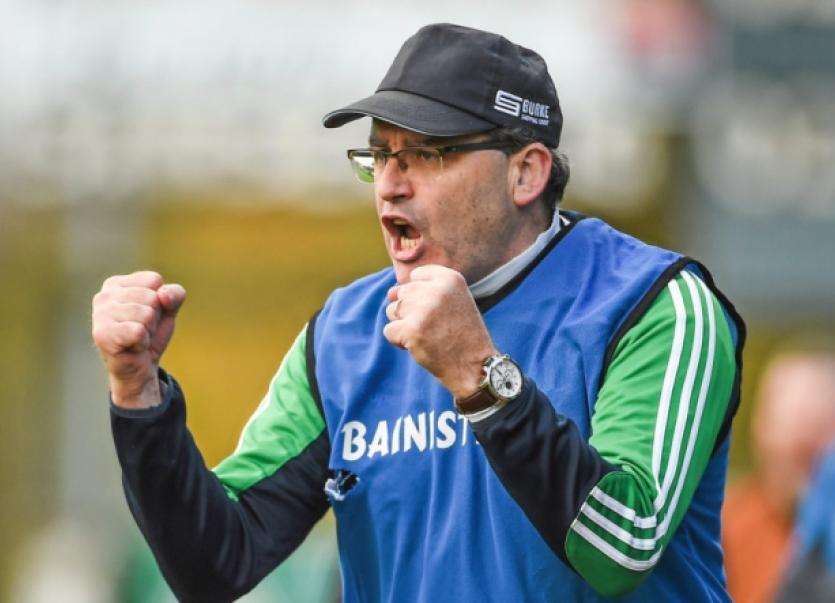 In this week’s Limerick Leader column, Martin Kiely praises the role played by Kilmallock manager Ger O’Loughlin in guiding his side to the Munster Club Final.

In this week’s Limerick Leader column, Martin Kiely praises the role played by Kilmallock manager Ger O’Loughlin in guiding his side to the Munster Club Final.

Attitude, application and a huge desire to win are characteristics of elite athletes and successful teams.

Last Sunday the Kilmallock senior hurling team produced a performance that lived up to those aspirations when they overcame Cork champions Sarsfields to book their place in the Munster Club Final.

In winning that game Kilmallock had to dig deep and in doing so they showed steely qualities to win a game that looked gone from them. It seems Kilmallock know little else this year as they had very close games in the latter stages of the Limerick championship but such games have seen this team develop a confident team spirit.

I was not one bit surprised that they won last Sunday and from what I have seen of other teams I hold the view that Kilmallock now have a great chance of winning the Munster final. As a club Kilmallock have enjoyed many great wins in the past but winning this year’s title in Limerick and now securing a place in the Munster final will rank with anything they have done before.

I say that because most people held the view that they were in transition but team Manager Ger O’Loughlin has to take huge pride in the way that he has transformed this team to new heights.

It takes a quality manager to bring the best out of players, a manager that looks beyond what he has and cast a net wide to include players that others might look past. I have known Ger O’Loughlin now for well over 20 years, I have seen him operate with his club and county at the highest level and I can safely say I have always found him to be a superb guy to work with.

He does his work in a quiet way, he has the knack of getting the best from lads but it’s not today or yesterday he has come to coaching. I can remember watching him coaching his own club when he was a star member of Ger Loughnane’s Clare team. That year he trained the minor football team in Clarecastle so you see O’Loughlin always had the ability to work with players. He was the man that lifted Adare to higher ground and was desperately unlucky not to enjoy success with Clare. He never got a break with Clare but anyone that would consider his days washed up at intercounty level might want to think again.

Ger O’Loughlin has developed Kilmallock, he has them working as a team and that was the most crucial element of their play against Sarsfields last Sunday. It took Kilmallock a while to buy into what O’Loughlin was at but to their credit they rallied as a group even when they were finding it hard to gain the perfect rhythm.

They were doing just about enough to get over the line in many games in Limerick but time, patience and opportunity saw them close out games when others thought they had nailed them.

Honesty is a big part of any set up and from all of my dealings with Ger O’Loughlin I have always found him to be a genuine, formidable and respectful man. He always acts in a professional manor. He will answer the questions in an honest way and having spoken to many players that have worked under him he brings that honesty into the dressing room.

Kilmallock had many players that put their shoulder to the wheel last Sunday but with every game they play the younger players are growing more in confidence. The likes of Robbie Hanley, Paddy O’Loughlin and Conor Barry made a significant contribution to the win over Sarsfields. Hanley and O’Loughlin weren’t part of the set up early in the year but Ger O’ Loughlin and his management team would have seen how they blossomed in the Limerick minor team and Kilmallock are now reaping the benefit of this also.

Take Conor Barry who came out of the junior team and scored two great points. Youth cannot be denied its opportunity to develop but it takes a manager of some quality to nurture their development into a senior structure. Having the likes of Andrew O’Shaughnessy still involved in the senior panel is great to see. A gifted hurler that has his own battles but just as he left the Limerick set up he goes about his business in a quiet and dignified way.

It takes all sorts of players to make a team but unless you have the right man over them who can blend the diversity of skills, then success will be hard gained. What impresses me most about Ger O’Loughlin is that he makes it all about the team both on the field and those around him. Ego is not part of his demeanour, he carries the many successes he has had as player and manager with great ease.

Kilmallock will face Cratloe in the Munster final and this has the making of a great game. Cratloe under Joe McGrath have had some commanding success so far in this championship and having seen both teams play a few times I think it will be a very close game.

I know Joe McGrath for nearly 30 years, originally from Toomevara in Tipperary he played a key role in many Harty Cup teams at the CBS in Sexton St in Limerick. He is not one for fancy flicks but rather fast direct hurling.

His son Conor is an outstanding forward and Kilmallock will know he will take careful minding. It promises to be a great game of hurling and with growing confidence Kilmallock are coming good at the right time.