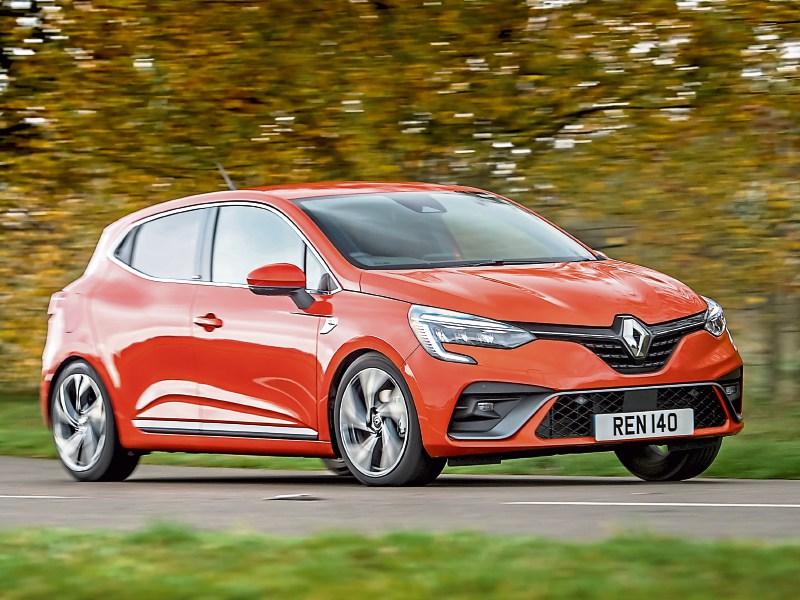 There is certainly above average performance for Renault's new supermini

The Clio has always done well for Renault over its many years in existence and deservedly so as in each incarnation of the model it has delivered just what a small car should.

The latest new Clio is though the best yet. I spent some 600km behind the wheel of the latest Clio E-tech hybrid model to see how it compares with rivals such as the Ford Fiesta, and the latest newcomers from Kia and Hyundai to name but a few.

This version of the new Clio uses two electric motors and a relatively small 1.2kWh electric battery allied to a 1.6 litre petrol engine to give the car hybrid power.

The great news is that it is self charging, the battery being charged by regenerative braking and the engine so no tedious plugging in !

So has it got any street cred?

The Clio E-tech is a real beauty. My test car was finished in a metallic white with contrasting trim. Its sleek lines and curves, lovely 17 inch two tone alloy wheels, detail use of chrome trim along the lower waistline and stylish light clusters front and rear make it a real head turner. The Renault Clio is, in my opinion, one of the most attractive small cars around.

The new cabin is very attractive too, with a higher quality than before and some really interesting design touches that show a real flair, in particular the white material on the dash and door cards and the half leather upholstery.

Of course there is the obligatory central touchscreen which is mounted portrait format (much better) and is more reactive than before.

I would still prefer to see a real button for some simple functions, but Renault chose to go the full touchscreen route. There are steering wheel controls for the audio though.

Standard equipment on this high spec model is very good and really too numerous to mention here but you will want for nothing in this new Clio.

What Is Under The Bonnet?

The Clio E-Tech is powered by a 1.6 litre petrol engine specifically developed for a hybrid car as well as two electric motors powered by a 1.2 kWh battery the combination delivering some 140bhp to the front wheels through a six speed CVT auto gearbox.

I found the car slipped seamlessly from petrol to EV power, the battery constantly being recharged by the engine and regenerative braking.

In reality it uses EV power more than I expected particularly around town which is ideal. The result was that I burned on average just 5.2 lives per 100km of fuel. Road tax is €170.00 per year.

Will I enjoy driving it?

I can’t say one buys a small car for sheer driving pleasure but you know what? The Clio E-tech delivers a nice drive. In town its compact and easy to manoeuvre about in tight spaces yet on the motorway it cruises along all day quite happily at the legal limit.

My only negative comment is there seemed to be quite a lot of tyre noise over coarse tarmac surfaces.

What is the final Verdict?

The new Clio looks fabulous and comes in a lovely variety of bright metallic colours. It’s built well, nicely kitted out, offers adequate space for a car in this class and its economical to run.

A whisker under 30 grand for a small hatch. That is just too expensive in my opinion.

The fuel savings over its diesel or even petrol stablemate will not recoup that extra capital outlay on the purchase price.