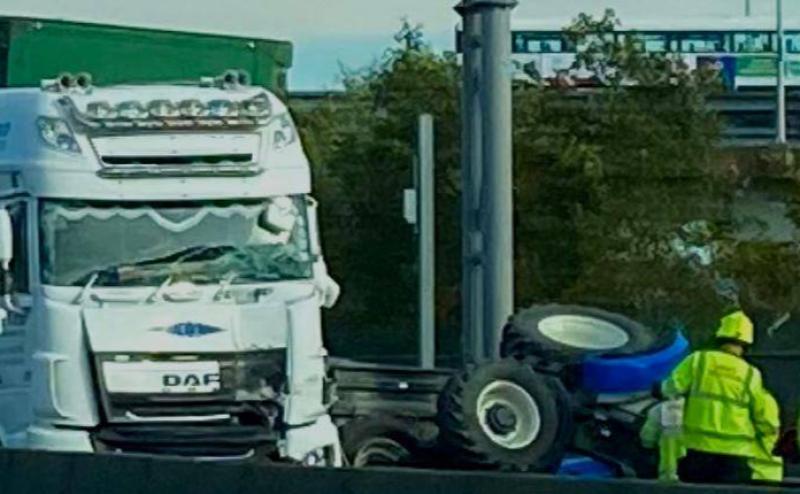 GARDAI have issued an appeal for witnesses to a serious road traffic collision on the outskirts of Limerick city yesterday afternoon.

The collision, involving an articulated truck and a tractor, occurred at approximately 3.20pm on the N18 dual carriageway near the Limerick Tunnel.

While the drivers of both vehicles attended University Hospital Limerick, their injuries are not believed to be life threatening.

Gardai say the scene was forensically examined following the collision and that any witnesses are being asked to come forward.

"Any road users who were travelling on the N18, at Ballinacurra, yesterday afternoon between 3pm and 3.30pm and who may have camera footage, including dash cam footage, is asked to make it available to gardaí," said a spokesperson.