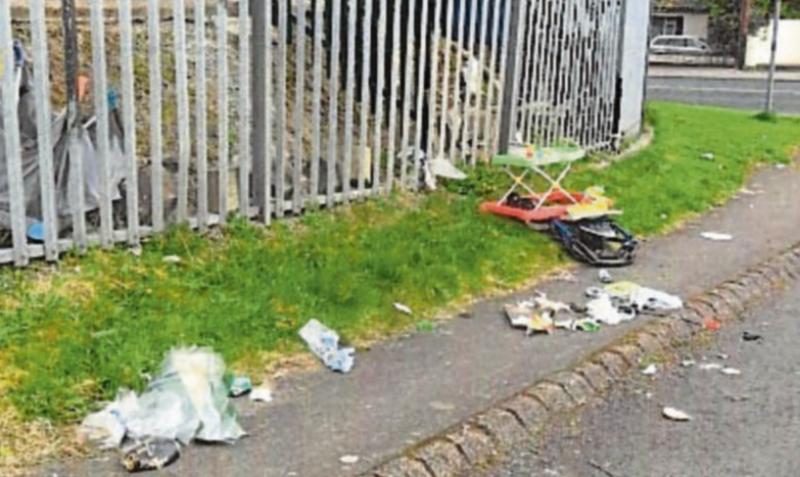 THOUSANDS of euro in fines were handed down after a number of women were convicted of dumping offences in the city.

The convictions arose from separate prosecutions which were brought by Limerick City and County Council relating to offences which occurred earlier this year.

One case related to an incident of illegal dumping at Greenpark Shopping Centre on March 15, last.

Environmental Enforcement Officer, Paul McAnespie, told Limerick District Court he was made aware of a complaint from the owner that the bins had been used for household waste without permission

He said the waste was bulky in nature and that some of it appeared to be related to a ‘clear out’ of a domestic shed or attic.

Mr McAnespie told Judge Patricia Harney the culprits could not be identified from CCTV footage but that the car used to transport the rubbish was identified resulting in proceedings being initiated against the registered owner.

The defendant was not present in court and Judge Harney was told there has been “no communication” from her.

A €1,000 fine was imposed and the woman was ordered the pay the costs of the local authority which totalled €232.50.

Separately, a fine of €1,000 and costs of €317.50 were imposed in relation to the discovery of several bags of rubbish at Ballynanty Bridge, Moyross on April 27.

In that case, Environmental Enforcement Officer Michael Walsh said the defendant was identified after correspondence was found in the bags. The woman, he added, had failed to pay a €150 fine or respond to reminder letters.

In a third case before the court, a single mother was fined €1,500 after she was convicted in relation to a dumping incident at Old Cork Road, on April 7, last.

Mr McAnespie told Judge Harney a variety of children’s goods, including a cot and a high chair, were found on the side of the road.

The woman, who has one previous littering conviction, was identified from a letter in one of the bags which was addressed to the parents of a named child.

In addition to the fine, the defendant was ordered to pay costs of €326.50.