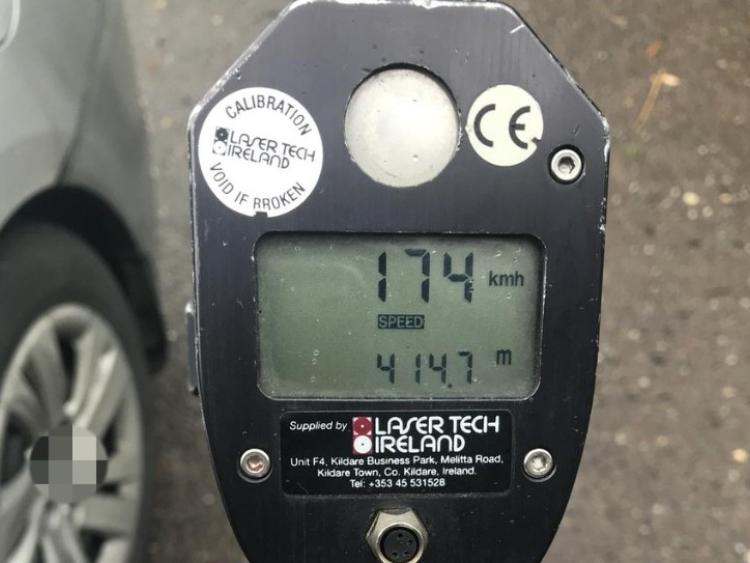 The detection was made on the N20

GARDAÍ in Limerick have intercepted a driver who was travelling at 174km per hour on the N20.

The motorist was intercepted by gardaí this Saturday evening on the Limerick to Cork Road.

Gardaí arrested the driver, who has now been charged with dangerous driving.

The driver is due to later appear in court.

Limerick Roads Policing: 174KM in 100KM zone on N20, main Limerick to Cork Rd. Driver was intercepted and arrested Charged with dangerous driving and
will appear in court.
#SlowDown pic.twitter.com/fUKYGwSeNY