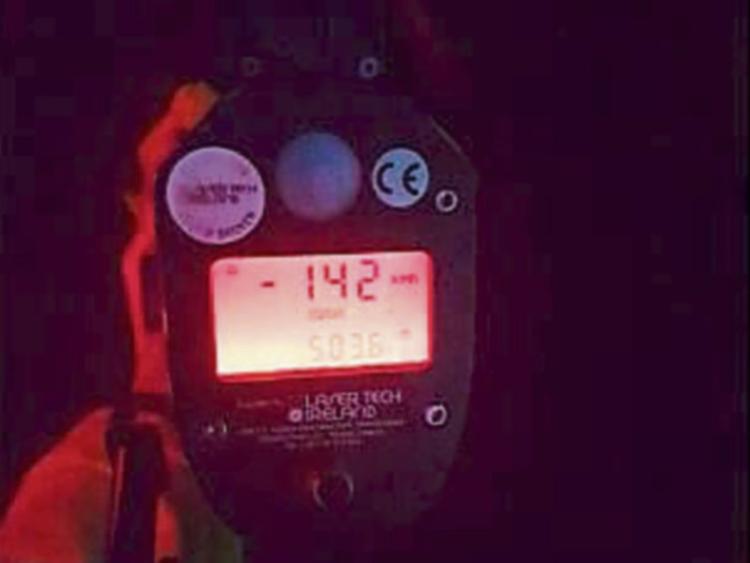 This photograph was posted on social media | PICTURE: Twitter/@GardaTraffic

Gardai have confirmed a motorist who was caught travelling in excess of motorway speeds in a 60km/h zone is to be prosecuted for dangerous driving.

According to a post on social media, the late night detection was made by members of the divisional Roads Policing Unit on the N24 near the village of Boher.

The tweet which was posted on the @GardaTraffic account this Thursday morning states the motorist was travelling at a speed of 142 km/h in a 60 km/h zone.

Limerick Roads Policing: Stopped this driver travelling at 142km per hour in a 60km zone. Driver will be brought before the court for dangerous driving. pic.twitter.com/UHSdz3oKDr

If convicted of dangerous driving, the motorist faces the the prospect of a mandatory driving ban and a possible prison sentence.

The detection was the second in less than three weeks where a motorist was caught driving in Limerick at 142 km/h.

In that case, gardai stated a Fixed Charge Notice (FCN) wiould be issued.