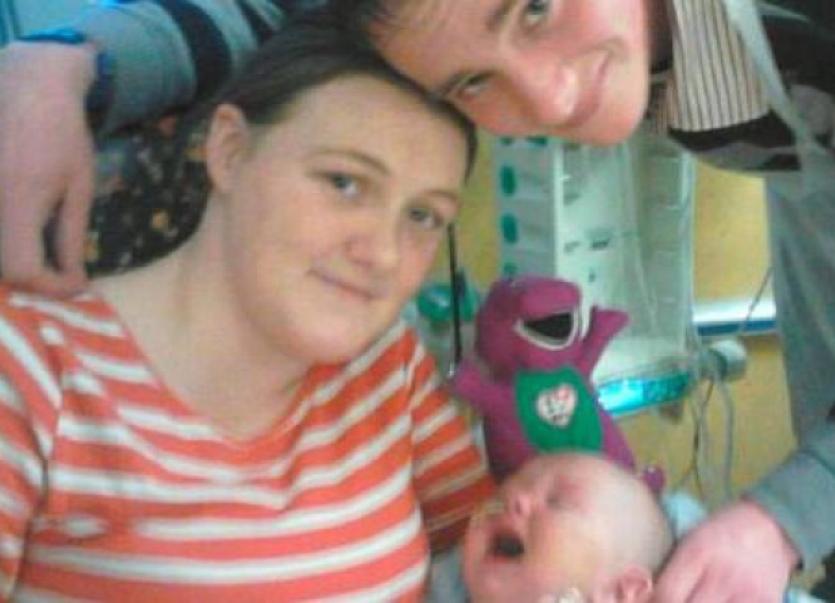 A YOUNG Abbeyfeale couple have received a strong public response to an appeal for donations that will help their infant son undergo potentially life saving surgery in England.

A YOUNG Abbeyfeale couple have received a strong public response to an appeal for donations that will help their infant son undergo potentially life saving surgery in England.

Patrick Kelly, 20, and Mary Theresa O’Brien, 22, this week issued a request for funds that would allow their nine-month-old son Rico to travel to London for a heart transplant.

Mr Kelly, who is unemployed and in receipt of disability allowance, said that the family did not even have €31 to pay for a short-term passport for the baby, who has spent the past month under intensive care at Our Lady’s Childrens Hospital in Crumlin.

However following a public appeal that began on the Limerick Today programme on Live 95FM, the couple have received several hundred euro in donations from the public, as the story has gone on to receive national media attention.

Mr Kelly said that he now hopes that he and his partner will be able to travel to London and stay with Rico when he undergoes the delicate and potentially life saving surgery.

“We have to get our passports and Rico’s passports sorted. He hasn’t been called for the operation yet, but he can be called at any minute. That’s why we have to be ready. We’re pushed for time. They’ve prepared us that he mightn’t make it through it. All we can do is hope,” he said

Baby Rico’s illness dramatically came to light five weeks ago, when he suddenly stopped breathing at his grandparents’ home in Abbeyfeale.

He was taken to Kerry General Hospital in Tralee, but was quickly transferred to Crumlin where he was diagnosed with cardiomyopathy.

Since then Rico’s parents have effectively lived in the hospital full time, living off “tea and plain biscuits”.

Rico is currently on a waiting list for a new heart, but even if one becomes available his mother and father will have to pay for their own travel over to London.

Likewise, depending on Rico’s condition, the family may have to cover the extra cost of flying over medical equipment with him.

Mr Kelly’s family are currently planning to have a fundraising coffee morning to contribute to the campaign.

A spokesperson for the Department of Foreign Affairs said that arrangements have been made for the parents and Rico to secure passports.

In a statement, the department said that “in very limited circumstances” free emergency travel certificates can be made available.