Clean up underway in Limerick village hit by flash floods 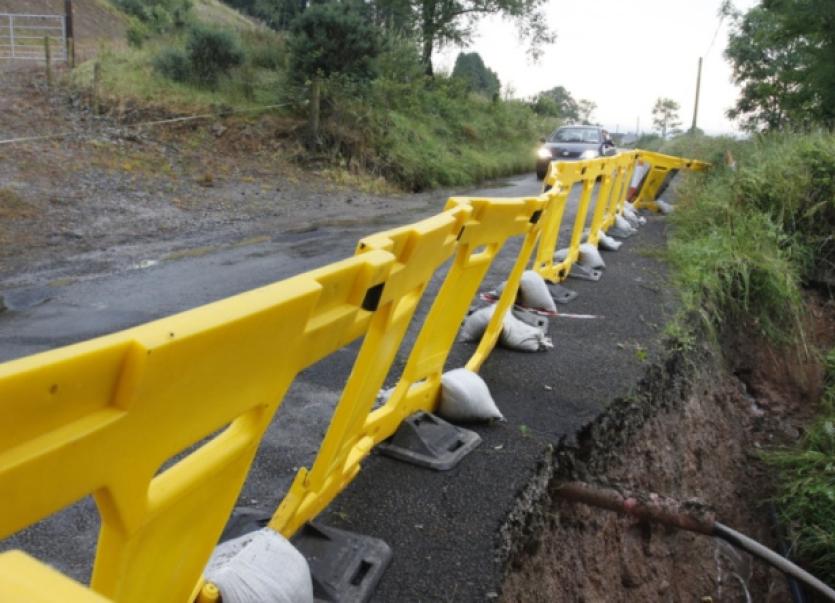 Limerick City and County Council is advising motorists of a number of emergency road closures due to yesterday’s flash flooding in Doon.

Limerick City and County Council is advising motorists of a number of emergency road closures due to yesterday’s flash flooding in Doon.

Meanwhile, a major clean up is continuing in Doon after the village and surrounding areas were hit by flash flooding yesterday evening.

Thunder, lightening and torrential downpours, which struck at around 4.30pm, resulted in the Dead and Carnahalla rivers bursting their banks and flooding the surrounding areas.

While, the extreme weather event lasted for less than an hour it caused chaos for locals who were caught up in it. “It was unbelievable, I have never seen anything like it,” said Br James Dormer, principal of Doon CBS primary school, who said he was unable to get to the school due to the weather.

Several homes in Doon were left without electricity for a number of hours and the Monastery Road had to be closed for a time. The roads from Doon to Cappawhite and Oola were also closed due to flooding.

Gardai and two units of the Fire service from Cappamore were deployed in Doon until 9.30pm to help clear flood waters.

Flooding was at its worst in the local cemetery and nearby by Glasha Talann retirement community.

“Fortunately it didn’t enter the houses but it did flood on the footpaths in front of their houses but luckily enough the council came and pumped away the waters,” said Donal Anderson of Doon Tidy Towns.

According to Limerick Leader notes correspondent Patsy Coffey, the annual Mass at the cemetery will take place this evening as scheduled.