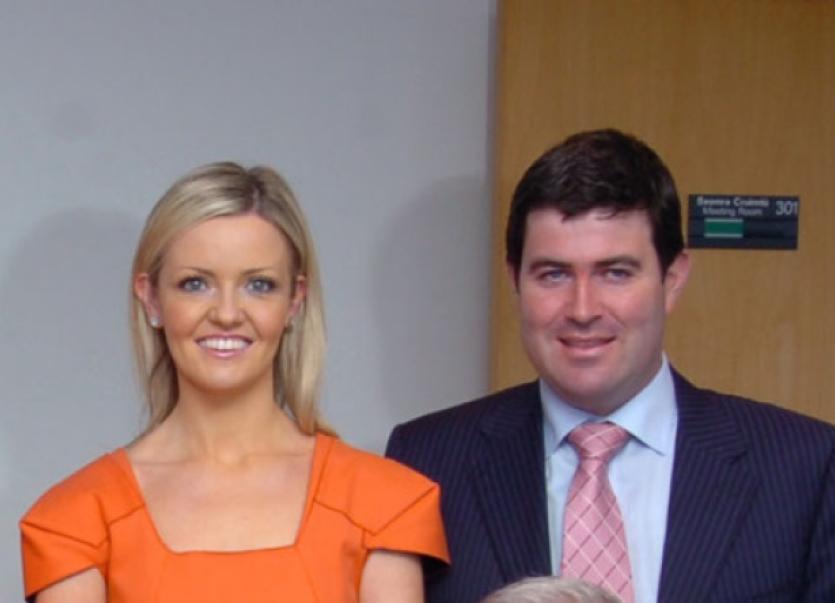 AHEAD of his trip to Aintree this weekend, Limerick’s JP McManus has been busy juggling his horse racing obligations with grandfather duties after welcoming a new addition to the family.

AHEAD of his trip to Aintree this weekend, Limerick’s JP McManus has been busy juggling his horse racing obligations with grandfather duties after welcoming a new addition to the family.

It is understood that the baby girl has been named Alison.

The leading race horse owner was congratulated on the new arrival by RTE’s Tracy Piggott after his horse, Call Rog, won the EBF Novice Handicap Hurdle Series Final in Fairyhouse on Easter Sunday.

“I got that name from Paul, he used to say ‘Any problem – just call Rog’.”

JP re-marked how Ann-Marie was probably watching the races with Alison, and her two other children Vivienne and Katie, before he explained that he was going to visit the newborn later in the evening.

The good news comes only weeks after JP and his wife Noreen welcomed their first grandson. In late February, JP’s only daughter, Sue Ann Foley, gave birth to a baby boy, CJ.

Kieran and Ann-Marie Leavy tied the knot in her home county of Meath in 2006 with the bride wearing a full-length lace embroidered Vera Wang design.

The reception was in the Carton House hotel, Maynooth.

Hopes are high ahead of Saturday’s Grand National that JP will have further reason to celebrate, and will replicate his success in the 2010 National when his horse Don’t Push It finished first with AP McCoy on board. The big win was toasted with a huge party in the Staker Wallace club grounds near the McManus family home in Martinstown.

The Limerickman goes to Aintree with a number of strong contenders including Sunnyhillboy and Colbert Station.