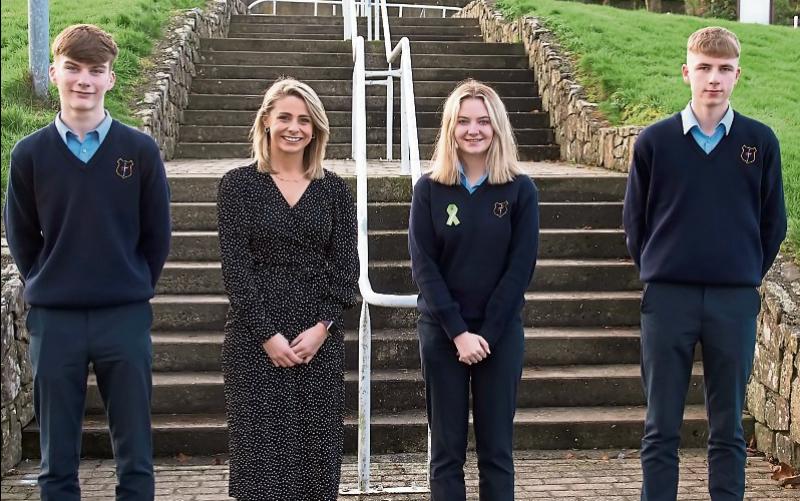 They received the BTYSTE perpetual trophy and the top prize of €7,500 for their project entitled: "A New Method of Solving the Bernoulli Quadrisection Problem."

They will now go on to represent Ireland at the European Union Contest for Young Scientists, which takes place in September 2022.

Speaking at the awards ceremony, which took place virtually, Minister for Education Norma Foley said it was encouraging and heartening to witness the level of creativity and innovation of this year’s entrants.

“It is this constant high standard that makes BT Young Scientist one of the longest running, and most successful STEM events in Europe,” she noted.

There were more than 30 projects from Limerick with seven receiving awards.

Projects submitted by students from Coláiste Chiaráin in Croom and Scoil Pól in Kilfinane received special awards while Coláiste Chiaráin also picked up a category award in the Chemical, Physical and Mathematical Sciences section.

Sarah Blade of Scoil Pól received was highly commended by the judges for her investigation into “the electrolyte levels of different sports drinks for the rehydration of athletes.”

Their project was entitled ‘A Wearable Smart Device for Dementia Patients‘. The students were in the Technology category at senior level.

These talented young students have invented an intelligent spectacle system which helps reduce anxiety and fear in people with dementia.

The Individual runner-up award was presented to Andrei Florian (17), a 5th year student at St Aidan’s CBS, Dublin for his project entitled ‘An Investigation into the Development of a Digital PR-STV Electoral Voting System using Blockchain Technologies’ in the Technology category at Senior level.

Andrei created a unique end to end system which enables remote voting and has the potential to transform the election process.

Minister Foley continued: “Each one of you is a credit to yourself, your family, your school and you should be proud of your accomplishments.”

She added that the calibre of entries is a testament to the tenacity and talent of the students behind them.

“I especially wish to acknowledge your teachers and mentors who also give so generously of their time and expertise to support you on your journey.

“Thank you all too to your parents and families for their unwavering support.”