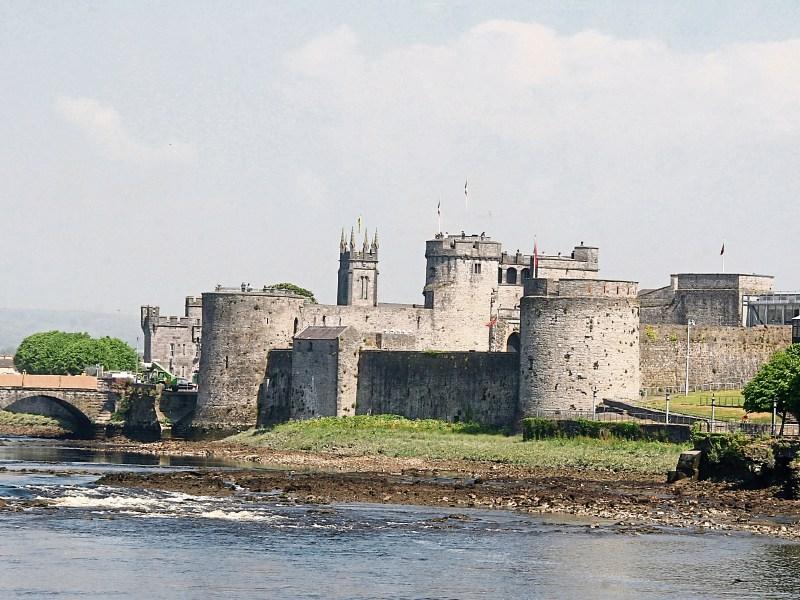 TAKING over and running the city’s iconic King John’s Castle would be a “natural progression” and “a great opportunity” for the council, director of services Gordon Daly told councillors this week.

It is a significant visitor attraction, he explained, regularly clocking up over 100,000 visitors a year and with “a lot more potential” to increase those numbers.

The castle is currently operated by Shannon Heritage but the proposal is that the council, through a fully-owned subsidiary company, would take over its operation and staff would transfer to this company.

Work is continuing on the  due diligence process, Mr Daly said, and the target to complete the transfer, all going well, is January 1, 2022. However, he  cautioned: “We have to do risk assessment and be fully aware of what we are taking on. That is why it is taking time.”

The council has asked its legal representatives as well as outside consultants to assist in the due diligence process, he added.

But councillors were concerned that the workers at the Castle were being kept in the dark about what was happening and about their futures.

“When was the last time the council and Shannon Heritage met the workers?  ”demanded Cllr Conor Sheehan. “At this stage, they don’t know who their employer is going to be.”  He was concerned if the transfer didn’t complete by January 1, the castle would close until March and the Castle would become a seasonal entity.

“It is strange the workers haven’t been talked to,” said Sinn Féin’s Cllr John Costello who lives “eight doors down” from the Castle. The council needs to work “hand in glove with the workers” and  ensure it was a full-time amenity,  he argued, and more events and concerts were needed.

“It was the intention of the chief executive to meet with the staff at the appropriate time,” Mr Daly responded. There are unions involved, he added, but the target time would be October.

The Castle, he continued, had always been a year-round site but more recently had become more seasonal.

“I am very disappointed to hear you are not completely ruling out operating the Castle on a seasonal basis,” Cllr Conor Sheehan said. And he wanted the message to go out clearly that a seasonal operation would not be acceptable to him.

Many of the workers at the Castle have been there for 30 years, he added and “bring such additionality to the Castle”.

“The council not giving the commitment you are looking for should not be interpreted as a negative, “ Mr Daly replied. “We do have serious ambitions for this.”

Cllr Sharon Benson was also concerned on the workers’ behalf and asked for a briefing before January 1.

Cllr Stephen Keary however said any operation at  the Castle would have to increase opening hours and  continue past 5pm up to 8 or 9pm. But he warned: “It can’t be a burden on the coffers of the authority.”

But Cllr Olivia O’Sullivan welcomed the proposal as very positive and something that had been welcomed by tourism and hospitality in the area.