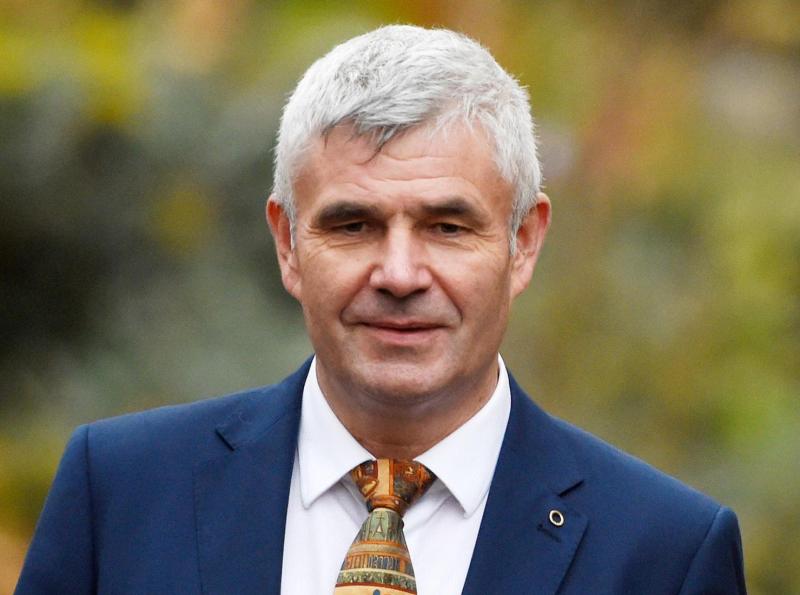 A NEW chairman has been announced for Shannon group.

It was confirmed this lunchtime that Transport Minister Eamon Ryan will appoint former Aer Arann chief executive Pádraig Ó Céidigh to head up the group, which has Shannon Airport at its heart.

He's to formally take up the three-year appointment following his appearance before the Joint Oireachtas Committee on Transport and Communications.

Mr Ryan highlighted the extensive experience and sectoral knowledge Mr Ó Céidigh will bring to this important role, at what is a challenging time for Shannon Group and the aviation sector.

"I am pleased that Pádraig Ó Céidigh will be the new chairperson of Shannon Group plc. Pádraig brings a wealth of experience from the aviation sector, as an entrepreneur and as a board member, and I am confident that he will be a good fit in this role with Shannon Group. I wish him every success as he takes on the challenge of leading the company out of the pandemic towards a brighter future," he said.

Limerick TD Kieran O'Donnell, who chairs the Oireachtas transport committee added: "Mr Ó Céidigh has a proven track record in business and more particularly in aviation, which has to be the key focus for the Shannon group. Furthermore, being from the western seaboard gives him a keen understanding of the environment in which Shannon Airport operates. In this new role of chair of the Shannon Group, Mr Ó Céidigh will bring his vast entrepreneurial experience and practical in-depth of knowledge of aviation in what is a very challenging time for Shannon Airport as it emerges from the heavy impact of the Covid pandemic."

The chief executive of the Shannon group Mary Considine added: "His wealth of business experience in the aviation sector in particular, will be of immense support to Shannon group. Our focus now is on continuing to rebuild vital air services for the people and businesses in this region who rely on Shannon for air connectivity. We are doing this by working with our aviation partners to build on the success we have had to-date. There is a long journey ahead for aviation recovery, but I am confident that with the right supports and the hard work of the entire team here, we will see Shannon thrive again."

Commenting on his appointment, the businessman said: "Shannon Airport is a vital economic engine for the Shannon region and wider west of Ireland economy. It is imperative that Shannon group is supported in its recovery, and I am deeply committed to working with the chief executive and board to ensure this happens. The revitalisation of the airport is important not only for the staff who work there, but for the thousands of people who rely on Shannon’s air connectivity for their business and livelihoods."

Mr Ó Céidigh has held senior management positions including chief executive office and chairman of Aer Arann for some 26 years.

The role of chairman of Shannon group has been vacant almost two years following the end of Rose Hynes's term. She subsequently joined the Irish Aviation Authority.

The appointment was made last February of Aaron Forde, before this was cancelled a short time later.