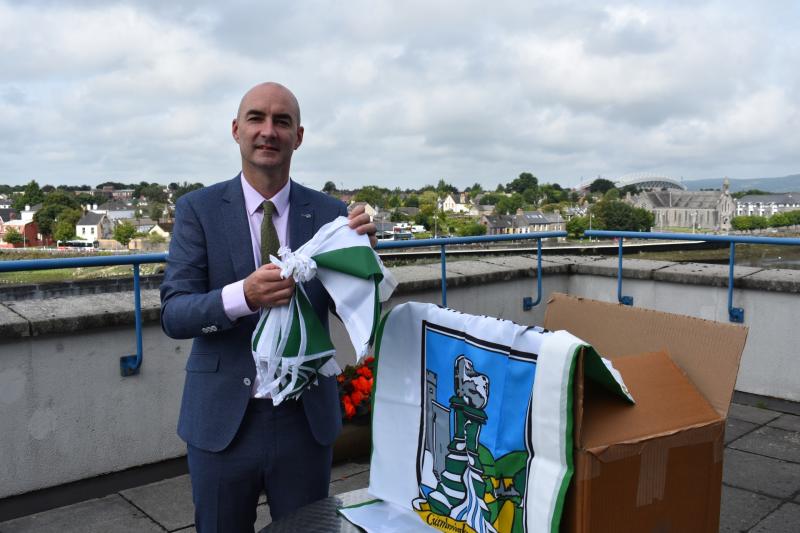 Cllr Daniel Butler has replied to the Lord Mayor of Cork

THE Mayor of the city and county of Limerick says he's willing to give the Lord Mayor of Cork 'a look' at the Liam MacCarthy cup before it returns to Shannonside on Sunday evening.

Cllr Daniel Butler made his comments in a reply to a letter he received yesterday from Cllr Colm Kelleher.

In his reply, Cllr Butler points to a number of 'glaring inaccuracies' in the Lord Mayor's letter including his assertion that Liam MacCarthy was originally from County Cork.

"Liam MacCarthy was a native of London, whose mother, Brigid hailed from the hurling heartland of Bruff in County Limerick," he stated.

Limerick's first citizen also points out that Limerick were the first recipients of the Liam MacCarthy Cup in 1923 and that Liam is so comfortable in Limerick that he has "stayed for two of the past three years".

Concluding his letter, Mayor Butler states he is certain the Limerick hurlers will give a "very clear answer" on Sunday to the request that Liam MacCarthy be returned to Leeside. 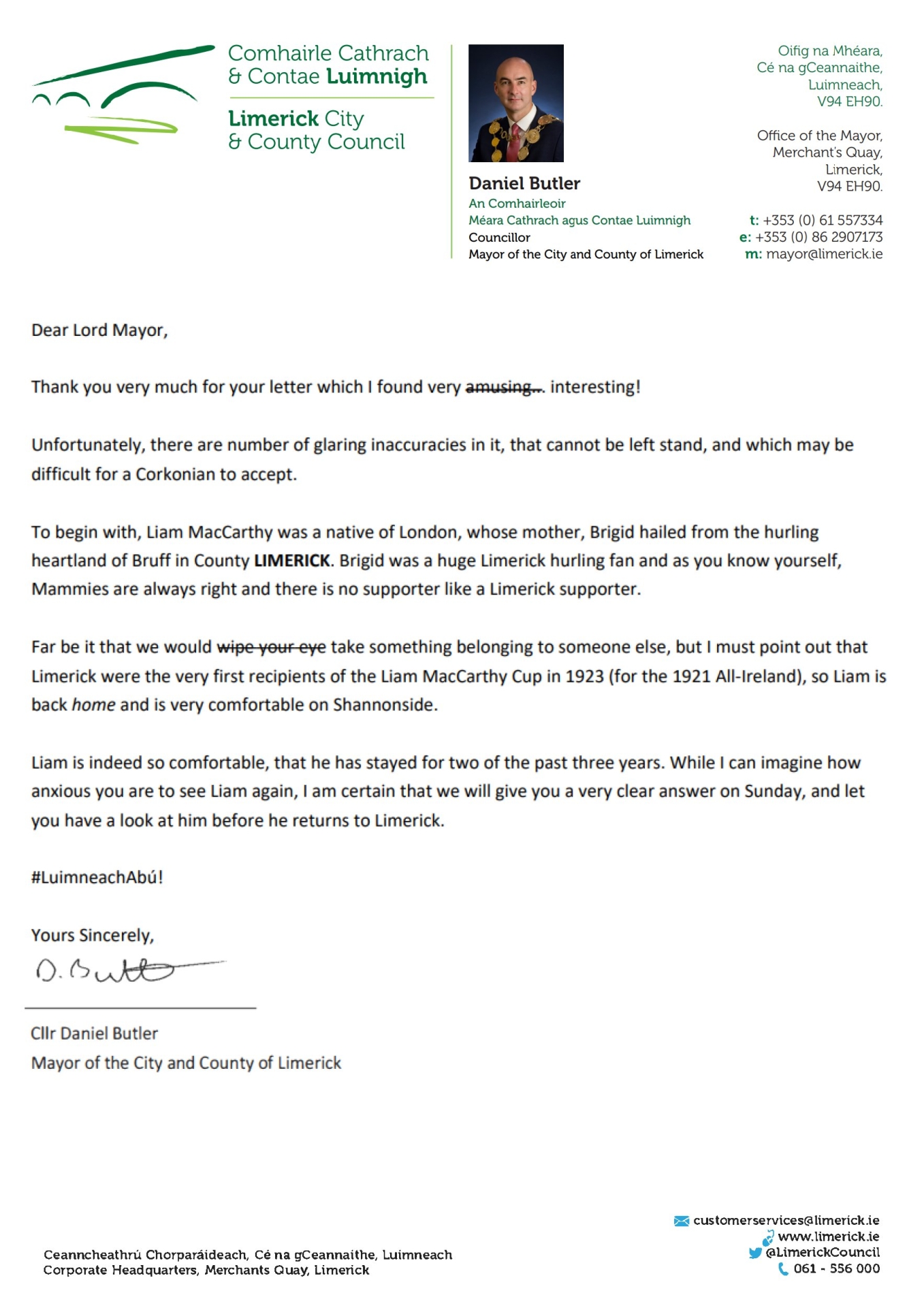