Appeal for runner, 26, after stroke leaves him in wheelchair 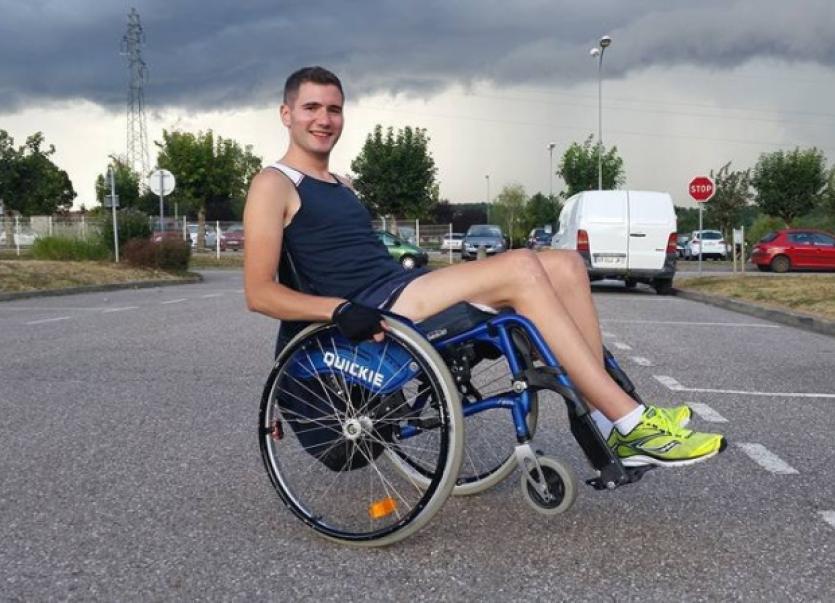 A CHARITY run will be held in Limerick next month to help a fitness instructor in the city who has suffered a stroke and is struggling to walk again.

A CHARITY run will be held in Limerick next month to help a fitness instructor in the city who has suffered a stroke and is struggling to walk again.

Kevin Saude, 26, a spinning instructor with the University of Limerick Sports Arena and ProZone in Thomond Park, has spoken out about how his life has been returned upside down after suffering a stroke.

A keen runner in Limerick, Kevin had returned to Bar le Duc, in the north east of his native France to scatter his mother’s ashes in recent weeks. “I was driving and felt my hands getting heavy and numb. Three days later my right side became paralysed and we thought I had MS, like my mum and my sister,” he told the Limerick Leader.

Kevin now fears that he too may develop multiple sclerosis in the future, but for now his main concern is to be able to walk fully again.

While he is largely confined to a wheelchair, he managed to walk a couple of steps last week.

“I can only walk like a robot for a few meters, but I now know I will be able to walk in a natural fashion eventually. It’s one step at a time, requiring an insane effort. I’m not out of the woods yet, but this is promising and I was told I’m blowing the doctors away. I must have inherited the resilience of the Irish somehow,” he said.

It is now some six weeks since Kevin has been in a wheelchair and he is learning to use his right hand side of his body once more.

The diagnosis is currently unclear and further tests are being carried out to determine the exact nature of what has happened.

A number of his friends from various running clubs across Limerick have come together to organise a running event, Run a Lap for Kevin, a marathon relay event on September 13 at the University of Limerick running track.

They hope to raise even a small amount of money to help towards Kevin’s ongoing costs as he is unable to work at present. Kevin said he is delighted with the response in Limerick, which he made his home for many years after falling in love with Ireland during a weekend’s stay.

“I cannot believe the amount of people behind me in my new home Limerick and from people across the world. I’ve just read some messages and they mean a lot.

There is only one way forward for me - to get up and walk again, because this is what we humans do, we adapt and find a way to cope. I won’t lose hope even if it takes months.”

He said he doesn’t know if he’ll ever to be able to run a marathon again, or how long his rehabilitation will take. “I’ve lost parts of my brain that I will never get back. My brain will rewire itself to a certain point and thus claiming back some control over my muscles. It could take weeks, months or never happen again, but we are confident it will be Okay. I want to believe anyway. I’m hoping for the best,” he said. The event is on from 12pm. Tickets are priced at €10. See eventmaster to book.