Restoration of former Jesuit church in Limerick a work in progress 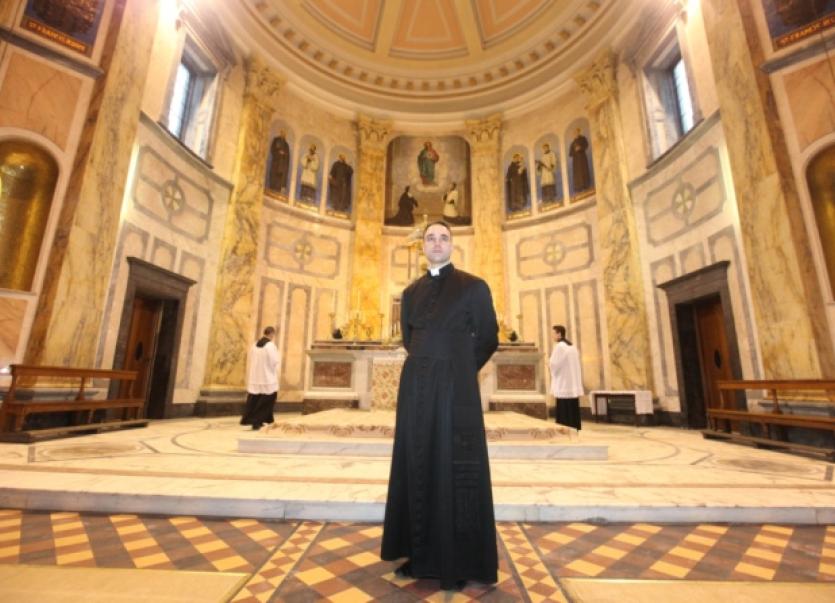 THE restoration of one of Limerick’s most beautiful places of worship continues apace as the Church of the Sacred Heart takes delivery this week of a marble pulpit and statuary formerly housed at the Franciscans.

THE restoration of one of Limerick’s most beautiful places of worship continues apace as the Church of the Sacred Heart takes delivery this week of a marble pulpit and statuary formerly housed at the Franciscans.

It is all part of the plan by a religious society to restore the old Jesuit church at the Crescent to its former glory.

A lack of vocations was blamed for the Jesuits’ decision in 2006 to close the Church of the Sacred Heart - which dates from 1865.

It was bought by a developer who had plans to convert it into a leisure club with a swimming pool. But those plans never progressed and the church was in turn acquired - with the help of donations - by the Institute of Christ the King Sovereign Priest in 2012. They are a society of Catholic priests dedicated to the revival of the Latin mass and who wish to see the former Jesuit Church remain a place of worship.

“We now own a beautiful church but with a big mortgage,” said Canon Wulfran Lebocq, a member of the institute and prior of the Church of the Sacred Heart.

“When we moved here last year it was raining both in the church and residence; the heating was broken and everything was empty. All statues, stations of the cross and benches had been sold or removed, including the main altar and tabernacle,” he explained.

The original pulpit is among the artefacts which had been lost but help arrived in the form of a trust set up following the departure of the Franciscans from their church on Henry Street in 2008.

Both the Church of the Sacred Heart and the Franciscan Church date from the same era and were even designed by the same architect. And this meant that the pulpit at the Franciscans was a good match for the former Jesuit Church.

The marble pulpit has arrived at The Church of the Sacred Heart this week, as have two adoring angels, to replace similar statuary that had been on either side of the blessed sacrament in the old Jesuit Church.

“Both items are important to keep this church according to its vocation: to first and foremost remain a sacred building and to be a true house of prayer where people may also come to pray and receive spiritual food for their souls,” said Canon Lebocq.

He added that people could find out more about the institute’s work and donate to the ongoing restoration project by visiting institute-christ-king.ie