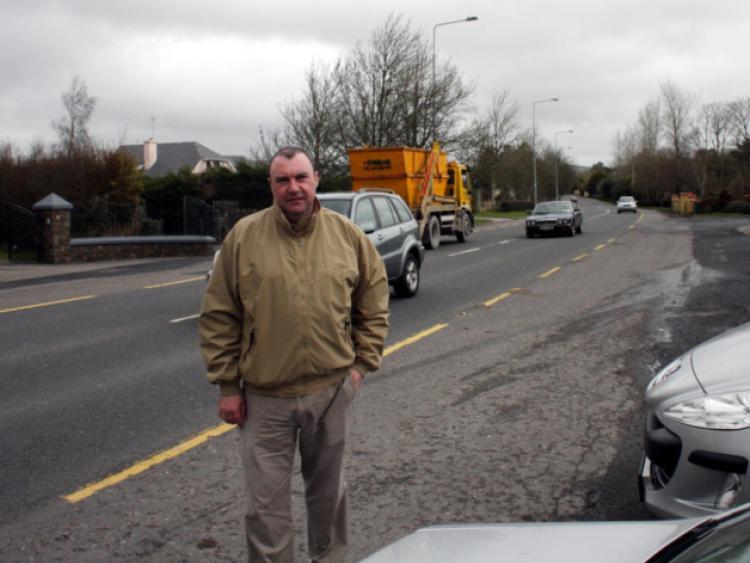 A WEEK after her door-step encounter with a “backward” Fianna Fail canvasser, mother-of-two teenage girls, Grainne Mannix is still incredulous that such a thing could happen in 2014. But she is angry too.

A WEEK after her door-step encounter with a “backward” Fianna Fail canvasser, mother-of-two teenage girls, Grainne Mannix is still incredulous that such a thing could happen in 2014. But she is angry too.

And the kernel of the story is that when she answered her door to a team of men canvassing for Fianna Fail local election candidate, Cllr Francis Foley, one of them piped up :”Can I speak to the man of the house?”

“I was really taken aback, I said pardon and the same one said ‘where’s your husband?”, Ms Mannix told the Limerick Leader this week.“I just couldn’t believe it.”

She descibed the man as in his late 50s, possibly early 60s. And what really angered her was that, at no point, was she asked about her own voting intentions. “That is what I think was most shocking. They never asked for my vote,” she said.

Ms Mannix was so incensed at the man’s backward attitude, she closed her door. “I didn’t want to speak to them if they weren’t prepared to speak to me,” she said.

As it happens, Ms Mannix is separated, and has been living in the Athea area for the past four years or so. “Disregarding my marital status I find it quite insulting that this guy would put ‘the man of the house’ before a woman,” she explained.

She was so angry she emailed Francis Foley and contacted Limerick Fianna Fail via Facebook. “I got a reply from Mr Foley which did apologise but he then tried to justify the canvasser by saying that ‘he probably knew my husband’,” Ms Mannix said. And that annoyed her even more. “That is beside the point,” she argued.

Cllr Foley then made it worse by suggesting that the canvasser got the house mixed up, according to Ms Mannix who pointed out that her husband had never lived in the house and was not from the area. Cllr Foley did apologise “for any offence taken” but Ms Mannix believes there was no attempt to call the canvasser to book over his approach. “If he (the canvasser) doesn’t hold the opinion that women have votes, should he really be canvassing at all?” she asked.

Cllr Francis Foley told the Limerick Leader he and two canvassers called to Ms Mannix’s door and he personally asked for her support. It was only after that that his canvasser, believing that he knew the woman’s husband, asked to speak to the man of the house.

Cllr Foley believes his canvasser knew the previous occupant of the house and assumed Ms Mannix was his wife.

Cllr Foley admitted he was taken aback by the phrase but said his canvasser “genuinely thought” he was securing another vote for his candidate.

He believes Ms Mannix must not have heard the request for her support. But he said: “It was a regrettable occurence.”